Walking around the Armenian capital of Yerevan in early June, the last thing a visitor could picture on those streets was a revolution. Spotless, clean, and cheerful, with families out for ice cream and strolls in the balmy late-spring night, the city appeared to be perfectly content.

And yet, only weeks before, the nation had been in turmoil. The streets were filled with protestors demanding the resignation of president Serzh Sargsyan and an end to the corrupt, autocratic government that had controlled the former Soviet republic since 2008.

The year 2018 was one in which authoritarianism made striking gains in countries like Hungary, Poland, and Brazil. But in May, Armenia managed to free itself from autocracy—without shedding a drop of blood. By December, the country had held was was arguably its first fair election in two decades.

Armenia’s so-called “velvet revolution” was a model of democratic engagement, prompting The Economist to name it the country of the year. The story of how Armenians brought about their victory offers lessons for citizens around the world seeking to get rid of corrupt leaders—and reminds us all that it’s possible to bring about political change.

Rehearsals for the revolution

Sargsyan had held the office of president since 2008, as well as the office of prime minister from 2007 to 2008, thanks to a series of crony deals and contested elections. May’s protests were first ignited when, in April 2018, Sargsyan privatized the official presidential residence with the intention of holding onto it regardless of the end of his mandate later that same month. Lawmakers then elected him prime minister, despite the fact that he had pledged in 2015 that he wouldn’t seek the role—further enflaming public fury and sending tens of thousands of protestors onto the streets of Yerevan and other Armenian cities.

But this was not the first time Sargsyan had encountered popular opposition. In fact, the prime-minister-turned-president-turned-prime-minister had been dealing with intermittent protests for years. The results of every election had been contested since 2008. In 2011, a protest led by street vendors against a ban on selling goods on Yerevan’s streets broadened to become a mass political demonstration against both national and local governments. The protests carried on, intermittently, for the entire year. But although they led to some concessions, such as a change in anti-assembly laws, they didn’t turn into tangible victories.

From 2012 on, the protests gained focus—and became a yearly occurrence, as Salpi Ghazarian, director of the University of Southern California’s Institute of Armenian Studies and co-founder of Civilitas Foundation, Armenia’s first large NGO, told Quartz.

In 2012, there was the Mashtots Park Movement, or Occupy Mashtots, a protest with the goal of stopping the government from turning Yerevan’s Mashtots Park into real-estate property. The movement, led by a group called The City Belongs to Us, managed to stop the project, bolstering spirits with a concrete victory. In 2013, the focus of the protests was a big hike in Yerevan’s transportation fares. In 2014, protestors turned out to oppose pension reform. In 2015, the movement, called Electric Yerevan, centered on the rising cost of electricity.

These victories were both emboldening and limiting, according to both Ghazarian and Ani Paitjan, one of the many young, polyglot reporters who work for Civilitas’s digital media organization, CivilNet. On one hand, citizens got to feel the thrill of accomplishing tangible results. On the other, these small victories signaled, every time, the end of the fight. And when the protests moved away from concrete issues and into the broadly political realm in 2016, with people demanding the government’s resignation, the turmoil wasn’t capable of obtaining similar, relatively quick results.

And so, even as an opposition leader—current prime minister Nikol Pashinyan—emerged in late 2017, many people were dubious about whether it was really possible to move beyond smaller political changes and get rid of the Sargsyan government. ”Everybody was skeptical,” one start-up founder housed by the incubator Impact Hub, who asked not to be identified in order to protect their family’s privacy, told Quartz. The attempts to bring about long-lasting political change had been so numerous that “it just didn’t seem like there were ways to get these politicians out.”

But as it turned out, all those previous protests—despite their limitations and shortcomings—wound up informing the strategy that successfully toppled Sargsyan. Interviews with Ghazarian, as well as with CivilNet journalists and Impact Hub co-founder and CEO Sara Anjargolian, identified five steps that proved crucial to ousting the authoritarian regime.

Allies of the people

On top of all this, the revolution was very friendly to the media. CivilNet, as well as other organizations such as Radio Free Europe/Radio Liberty, broadcast live from the protests. Pashinyan had a background as a journalist, and the media felt he was trustworthy.

Getting digital media on board was crucial because of an interesting feature of Armenia: Its impressive internet penetration. According to the country’s official statistics, 72.5% Armenians in the country have access to the web. The Freedom of the Net report, which places internet penetration at 62%, considers the country free when it comes to internet access. Mobile penetration, too, is very high, at 119%. All this makes it easy for the news to circulate even in rural areas. And because Armenia has a large diaspora population, online media was particularly key in spreading awareness of the protests.

In CivilNet’s newsroom, Ghazarian explains that Armenia is a country where grandmas casually use Skype, even in rural areas, to speak with their grandchildren and relatives in other countries. Because digital sites have a large diaspora audience following their English updates, they could count on a direct information channel out of Yerevan and into more rural areas of the country, as well as an indirect one: From CivilNet to the diaspora, and then back to people in Armenia through loved ones abroad.

Some outlets were strategic in spreading the demands of the protesters and sharing the size of the uprising. CivilNet, for example, greatly expanded its staff and services to provide nonstop coverage of the protest. But others tried to remain outside the velvet revolution, acting as watchdogs.

That was the case with EVN Report, led by former CivilNet staffer Maria Titizian. During the protests, Titizian told Quartz, her organization, too, provided constant updates through its social media. But unlike others, EVN Report remained cautious in its optimism about the movement’s potential, and remains so.

“Revolution is a pretty loaded word,” said Titizian. “We had an uprising, an anti-regime movement; it is not a revolution until the change is permanent.” 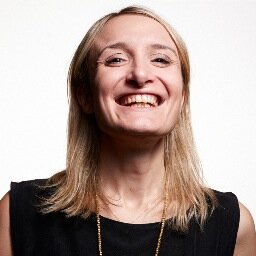