The advice seems simple: Flying has a huge climate cost compared to other individual actions, and if we care about our impact on the environment, we should limit how much we do it.

But the bigger question of how flying truly compares to other behaviors, and more broadly, how we can sensibly make life-changing decisions about our impact on the environment, is far from simple.

Flygskam (translated as ‘flight shame’) is a burgeoning Sweden-led movement which calls on people to consider limiting their flight use. It began as a public conversation about the problems of flying, and argues that, while individual behavioral change can’t solve systemic problems, once we know that a specific action is particularly damaging, we can still make the personal choice to stop doing it.

Until recently, people with means have made the opposite choice: Passenger numbers have exploded since globalized business and low-cost, less regulated air travel became the norm. World Bank data show commercial flights growing steadily between 1970 and the early 2000s, then going nuts. Between 2007 and 2017, the number of people flying worldwide almost doubled, from 2.2 billion to 4 billion a year.

Flying is currently only a small proportion of global carbon emissions: about 2.5%. But as a proportion of an individual’s personal emissions, it’s huge. A 2017 comparison by academics from Sweden and Canada placed its impact third in the hierarchy of individual annual impacts, below having one fewer child, and living car free.

In this study, the climate impact of having a child places the carbon emissions for the lifetime of another whole person, plus a proportion of their descendants, onto the parents. Living car free assumes a certain level of car use—there would be no saving in “living car free” if you never used a car in the first place. These are both compared to the impact of just one transatlantic flight a year. Studies like these show how tough it is to make like-for-like comparisons when weighing up emission- or consumption-related choices.

Big systemic changes to the air industry, like insisting on efficiency and taxing emissions, are the key to the solution.

Ascanio Vitale, a technology entrepreneur and longterm climate activist, has another comparison: Each passenger on a non-stop return flight from London to New York accounts for about 3 tons of CO2, as much carbon as is emitted by heating an average family home in the UK for an entire year. We need to keep in mind our impact on the environment when we make our choices, Vitale suggests, though he also notes that big systemic changes to the air industry, like insisting on efficiency and taxing emissions, are the key to the solution.

“It’s difficult to say we all should stop flying, because there are some jobs that can’t be done if you don’t fly,” Vitale told Quartz. But flying with no regard for the carbon cost is different, he said: “Going every weekend to Alicante or to Tarifa because it’s £9.99…I would define it as a climate crime.”

Giving up or cutting down on flying is not an easy choice to make. Logically, we know that one person’s action will make no difference unless others change their behavior as well. Plus, travel is emotional, and has become knit up with our way of life.

Added to all that, even with an expensive-seeming ticket, flying remains relatively cheap, because much of the world’s air industry places no cost at all on the carbon it emits. If it did, prices would be higher—just as cigarette prices are higher because of the taxes placed on them to disincentive smoking and to cover the healthcare costs of those who continue to smoke.

Travel is emotional, and has become knit up with our way of life.

Taxing carbon is contentious. Some places, like the EU and California, have instituted carbon markets, where industrial emitters like power stations have to pay for carbon credits in order to emit, in theory incentivizing efficiency. (It hasn’t always worked as planned: because of an over-allocation of permits, for example, the EU scheme hasn’t always effectively discouraged emissions.) Aviation has been included in the EU carbon market since 2012—but only for flights within the EU, and toothlessly. International efforts are underway better to cap and offset plane emissions, but it’s been slow going in the face of heavy lobbying from the airline industry.

Germany is inching closer to a carbon tax on things that have thus far been exempted from the carbon trading scheme, like building and transport. But without supranational cooperation, it will be difficult for individual countries to make such rules effective. The flight industry’s market is the opposite of captive: If a Danish airline raises the prices of a flight from Copenhagen to Beijing, a Chinese or Dutch airline can simply offer the flights at a lower price.

We all want to keep flying. Travel—which used to be planned for months and executed using everything from horse, to boat, to rail—has long been seen as one of humanity’s most improving and essential activities. Now it’s also convenient and accessible. It can seem imperative for our work, and has made relocation away from family and friends emotionally manageable.

If left unchecked, emissions from aviation would rise dramatically as people fly even more. On current trends, by 2050 aviation emissions are set to increase more than 500% from 2005 levels, according to a 2016 report (pdf, p.17) from the International Civil Aviation Organization (ICAO), the most recent report available. ICAO noted that plans are in place significantly to reduce emission increases via technological improvements, better air traffic management and infrastructure, and the potential use of biofuels.

So what’s to be done if you’re planning a trip and want to work out ways to make your decisions less detrimental? Carbon calculators exist, but using them for travel is frustrating. For the most part, the calculation happens in an algorithmic “black box” so that it’s not possible to judge its specific merits. Often the output will be in tons of CO2 which, while concrete, is hard to parse. What constitutes a lot?

“Since you can’t expect everyone to stop flying by tomorrow, the best thing we can do, while at the same time campaigning to reduce the amount of flights, is to let every flight be as efficient as possible,” Vitale says. “And the way to do it is to analyze, not only the absolute figure of CO2, but also the figure per passenger.”

Vitale says most flight carbon calculators are inaccurate because they only use two different possible aircraft (wide body and narrow body), plus distance flown, to assess the total cost. A former Greenpeace campaigner who now focuses on aviation industry efficiency, Vitale has good reason to denigrate calculators: His startup, Flyzen, has built its own. With that disclaimer in mind, Vitale is well-placed to answer the question of why it’s so hard for consumers to understand the impact they’re making by taking a flight.

Flyzen’s proprietary engine, designed for the flight-booking industry, uses more metrics, including the specific aircraft model and engines used on particular routes and by different companies, stopovers, the number of seats on each aircraft, and even the likelihood that an aircraft will spend time taxiing after landing or before take off. Using it to compare three flights between Frankfurt and New York, the differences are large: In data pulled from the tool, one Lufthansa flight was calculated to emit 1.3 tons of CO2 per passenger for that trip, while a United flight emitted almost twice as much: 2.3 tons.

Can consumers choose less-polluting flights this way? Skyscanner, one popular comparison site, launched a calculator in January 2018 which uses fuel efficiency of aircraft type, distance, and stopovers to compare flights, then labels any with lower-than-average CO2 emissions with a green leaf design and a percentage. (Right now the feature is only available on desktop and Android. As of the time of writing it was also only appearing for one-way flights, but that is a temporary glitch, the company said.) Skyscanner says it has been asked by users to make the feature more prominent.

Taking direct routes, and flying with economy airlines that don’t offer business class and fill their planes, are ways to make sure one’s personal emissions are limited.

The problem of our times

Michael Mann of Penn State University, and some other climate scientists, have argued against making individual sacrifices in the name of climate change, even big ones, because they feel the only true impact can be made at the level of government. Going vegan, giving up flying, even forgoing a family simply distract us from the massive corporate and regulatory changes needed, Mann says. (A counterargument runs that rather than distracting us, taking individual actions sharpens the mind when it comes to demanding better practice from our institutions and politicians.)

Mann’s argument leads us to the options of either voting for politicians who promise to make the necessary changes, or devoting our lives (or our spare time) to lobbying them to do so. Extinction Rebellion, the energetic movement that’s recently swept the UK and elsewhere, is predicated on this premise: Demanding that governments take action, and making its call as loud as possible through actions like city centre shutdowns and mass arrests.

The question of individual action is in essence a philosophical problem, perhaps the problem of our time.

It’s true: despite incontrovertible evidence of the toll our collective lives are taking on the planet, any action an individual takes carries with it the knowledge that, however huge the personal sacrifice, the result will be nothing more than a dot in the vast global matrix. One person’s actions can’t make a difference; only collective action can. (Though perhaps we shouldn’t be surprised about this; if the problem was easy to solve we would have solved it by now.) That can lead to despair.

Charles Conn, CEO of venture firm Oxford Sciences Innovation, says that is a natural reaction to what he terms “wicked problems”—complex dilemmas that have many causes—and “reinforcing causality” which means that one solution can actually make another part of the problem worse. But researching the wicked problem of climate change for his recent book, Bulletproof Problem Solving, led Conn to an optimistic conclusion.

“Our carbon footprints as humans really are knowable, and they’re affectable,” Conn tells Quartz. He also notes that corporations are themselves comprised of individuals making choices. We’d be cutting a swathe through the climate battlefield, “if we could pursue behavioral change in our own lives, including our business lives, and show [them] to the women and men who run our institutions,” he said. We need leaders willing to tackle the rest, Conn suggests.

Perhaps “flight shame” is a misnomer: It denotes a sensation of embarrassment, and implies something hidden, rather than a strong ethical choice. Such personal ethics won’t win the battle to save the planet; but that doesn’t make them pointless. It just means they’re one part of the massive collective effort of change with which we’re struggling at this moment in history.

This story was updated with more recent data and context from a 2016 ICAO report. 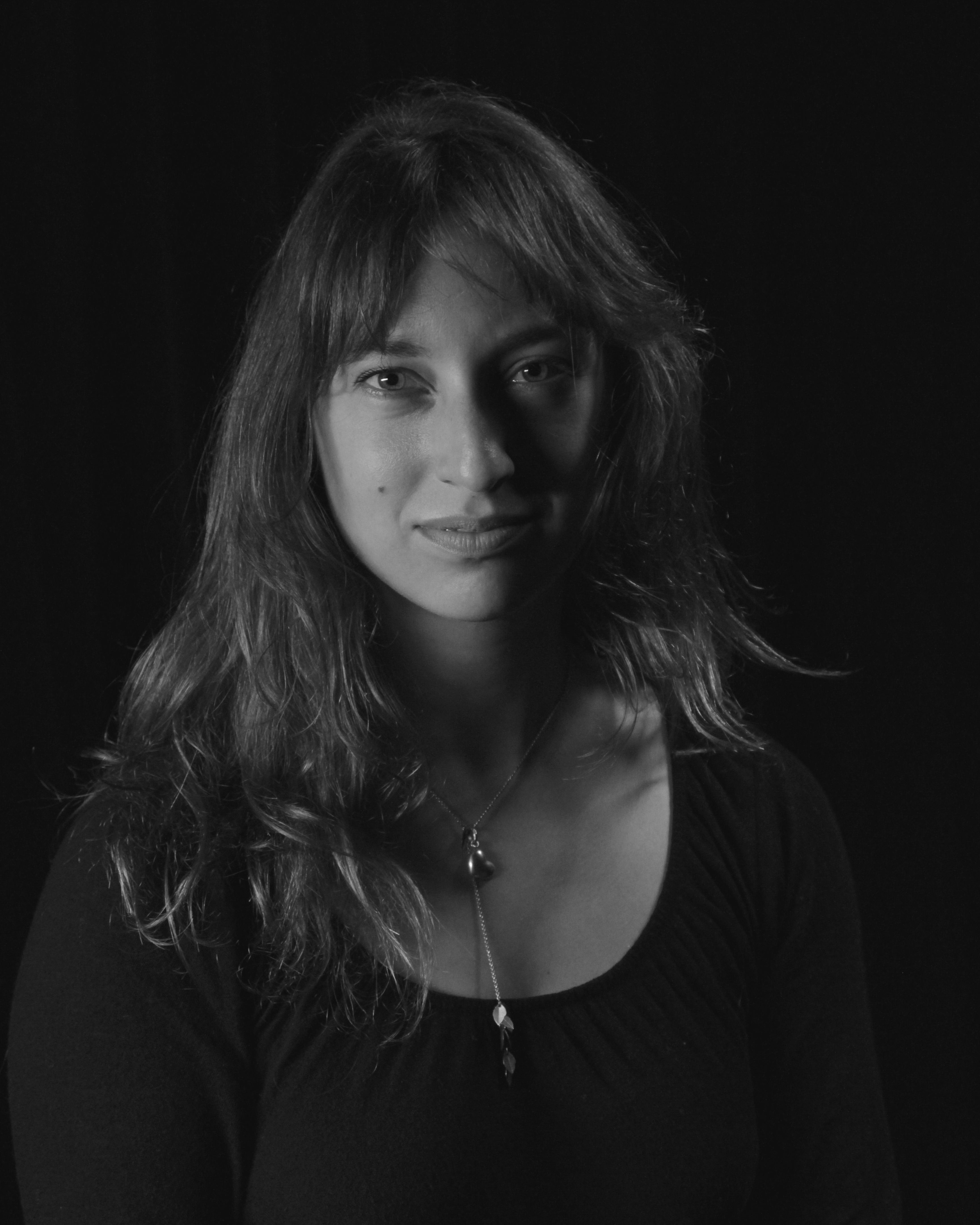