Two US businessmen made more than $15 million over five years by allegedly scamming “elderly and unsophisticated” pensioners through an elaborate pump-and-dump scheme that stretched from Florida to Switzerland to Colombia, according to the FBI and SEC.

Michael J. Black and Garrett O’Rourke acquired millions of shares in small public companies for as little as one ten-thousandth of a cent—that’s $0.000001—while hiding their ownership stakes by funneling the stocks through shells based offshore in Malta, according to an FBI affidavit reviewed by Quartz. The two then allegedly used “boiler room”-style call centers in South Florida and Medellin, Colombia, to persuade potential investors to buy those shares for as much as 500,000 times the price they originally paid, per the FBI.

Black and O’Rourke’s scheme was complex, but manipulation of so-called “penny stocks” to defraud Americans, particularly elderly ones, is hardly rare. One study found pump-and-dump schemes cost American investors between $3 billion and $10 billion annually, said James Cox, a professor of securities law at Duke University. “We ought to just shut the penny stock market down,” Cox told Quartz. “It’s a sad, sad part of our economy.”

The men started their alleged fraud by focusing on obscure stocks that had previously attracted few investors, according to a separate affidavit filed in federal court by SEC investigator Trevor Donelan. Black had big ownership stakes in the companies, and had been involved in the management of one.

For example, investors traded just 110 shares per day of The AV1 Group, which says it invests in new energy technology, like LED lighting and bulbs, in the three months before one such scheme started. Black had a large ownership stake in AV1, the SEC claims.

To increase the value of that stock, O’Rourke, who used the aliases “Jonathan Banks” and “Jonathan Chase” during sales pitches, “aggressively touted” the stocks, sending the number skyrocketing to 172,000 shares per day over the next two months.

O’Rourke and the boiler room call centers he hired would cold-call potential victims, claiming to be from various well-known brokerages, and persuade them they should get ahead of a forthcoming Initial Public Offering that would be priced at $1 per share. But the IPO was purely fictional.

One victim, 75, handed over his life savings of $103,000 to invest in the scheme, according to court filings. Another victim, 76, gave $155,000 to O’Rourke, and a third, 73, parted with $109,000. They “invested their retirement savings based on O’Rourke’s material misrepresentations, were left holding losing investments while the Defendants obtained millions of dollars in ill-gotten gains,” the government says. In at least one instance, O’Rourke, as Banks, cold-called an elderly investor and said he was an adviser at E-Trade, the online brokerage where the alleged victim had an account.

In addition to AV1, companies promoted by O’Rourke and the call centers include EnviroTechnologies, which says it is in the cannabis/CBD vape business and Cyberfort Software, a self-described cybersecurity firm currently trading at a tenth of a cent.

O’Rourke and the call centers touted the stocks to artificially inflate their prices, then Black would dump his shares back onto the market—sometimes with the help of a Swiss and a Canadian asset manager—and “share the proceeds of such fraudulent sales with O’Rourke” and their co-conspirators, say prosecutors.

Quartz attempted to contact AV1, but the company’s number has been disconnected. A person who answered the phone at EnviroTechnologies refused to answer any questions about Black and his involvement with the company. Cyberfort referred all inquiries to its investor relations department, which did not immediately respond to a request for comment.

Things started to turn sour for O’Rourke and Black, however, when the inflated share prices of AV1 began to fall as their big investors got cold feet and started selling.

The call didn’t persuade the pensioner to buy more shares, but did stop him from selling his holdings, according to prosecutors.

These efforts weren’t enough to stop the decline, though. So Black and O’Rourke allegedly enlisted a man who said he represented a group of “corrupt [stock]brokers” to create the impression there was still heavy trading on the shares. Court filings do not reveal how they met, but this man was key to their downfall.

The scheme: Black would offer a batch of shares for sale. A few minutes later, but not so soon as to appear suspicious, their new stockbroker pal would buy up all of Black’s shares. Black then sent the stockbroker a kickback for his participation, according to a complaint filed by the Eastern District New York’s US attorney’s office.

The catch? The “stockbroker” was actually an undercover FBI agent who was recording all their interactions.

This sort of coordination, called “matched trading,” is in itself illegal, and is a common attribute of pump-and-dump schemes, said Jeff Schwartz, a law professor who runs an SEC enforcement clinic at the University of Utah. The trades create the appearance of trading volume in the stock and can generate artificial price gains, both of which can be used by scam artists to entice their victims into buying shares, Schwartz told Quartz.

O’Rourke was arrested July 18, charged with conspiracy to commit securities fraud and freed on $1 million bail. His assets were frozen. Four days later, O’Rourke’s attorney, Roland Riopelle—who represented five defendants in the infamous Bernard Madoff Ponzi scheme—requested the court allow O’Rourke to close out options positions he has in a TD Ameritrade account, including US Steel, Baidu, and an ETF tracking the S&P 500.

“If my client is not permitted to close out these positions, significant funds may be lost in his account, and he and the government want to make sure that the maximum amount possible is available to pay restitution and forfeiture in the future, if those remedies are imposed in this case,” Riopelle wrote in a letter to judge Steven Gold.

Riopelle declined to comment for this article. Details of Black’s current status were not available at the time of publication. 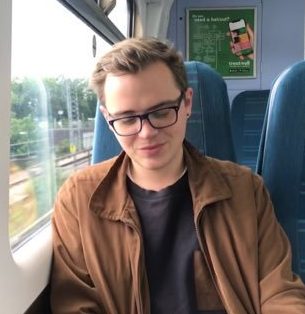