This isn’t your parents’ personal finance. Quartz helps you parse out the right advice and tools for a happy financial future.

For many of us raised to function in polite society, the most inflammatory thing to talk about is not politics or religion—it’s money. Mainstream publications have tailored their coverage to sate readers’ thirst for this taboo subject: The New York Times’ “What You Get” column provides real estate voyeurism (“a seven-bedroom Renaissance revival house in Cincinnati for $599,000”) and Refinery29’s Money Diaries makes you privy to the spending of people in a specific demographic (“a data engineer in Boston making $90,000”).

But one blogger in particular has made a name for himself because he attracts a huge readership—more than 1 million per month, by his own estimate—by both  inspiring and outraging them.

He goes by the Financial Samurai. His advice, catered to those who already have high-paying jobs that they don’t want to work forever, can seem extreme. In a post from early 2020, the Samurai told people who earn $250,000 that a Honda Accord is the most expensive car they should buy. In another post, he made a case to his readers for depositing 100% of every other bi-weekly paycheck into a savings account so that they’re not inclined to spend it.

I wanted to speak with him to see if, in this age of online eyeball-grabbing, this rabble-rousing was just a schtick. But what I found was someone who thinks deeply about personal responsibility, legacy, and familial duty.

The Financial Samurai seeks to “slice through money’s mysteries,” according to the blog’s tagline. He covers the standard personal finance fare (investing, taxes, credit cards), entrepreneurship (starting an online lifestyle business), and strategies for early retirement. In addition to blog posts—three of which are published per week, and have since 2009—the blog’s creator also makes a podcast and responds to comments from an active community on the website.

The blog is unabashed in catering to an audience of mass affluent professionals or HENRYs (High Earners, Not Rich Yet), defined as individuals with over $100,000 in liquid savings and more than $75,000 in income. His most rabid fans are bankers, consultants, and software engineers living on the US coasts. Their goal is to save and invest enough that they can stop working. They represent a subset of the Financial Independence, Retire Early Movement known as FatFIRE: “The pursuit of financial independence and/or early retirement on at least an upper-middle class lifestyle,” as one adherent described it on Reddit.

And yet, the blog’s headlines seem designed to needle readers. Their author asserts why $5 million is barely enough to retire early with a family or own a car for show (to drive on the weekends to show off) and another car for dough (the beater you actually drive every day). I couldn’t tell if he’s trolling his readers or mastered the art of clickbait (or both).

Whatever his reasons, the strategy is attracting readers. His site reportedly receives 1.5 million visitors per month. Matt Ting, a former investment professional in his mid-20s described the Financial Samurai as “clearly a smart person” who “provides pretty balanced, thought-out reasoning” which in turn, helped him make specific life decisions around leaving his job. Lucy Mao, a UX Designer found the Samurai’s “lofty” savings goals and milestones relatable to folks in “higher income brackets.”

While mainstream financial writers like Suze Orman or Dave Ramsey are cut from the Ok Boomer cloth, the Financial Samurai feels like a modestly successful next door neighbor who just turned 40. The Samurai might support his suggestions with methodical rigor, but he’s also  transparent when he makes mistakes. That, along with the frequency of the posts, shows that the Samurai, just like you and I, is trying to figure out his financial life by putting one foot in front of the other.

But he’s not like you and I. He makes a lot of money without having to do much—a fact that’s easy to forget as you’re reading his posts. So how can readers ignore the (likely sizable) gap between their income level and that of the Samurai?

It’s because they share a not-so-hidden desire: financial freedom.

From his blog, we know that the Samurai is 42 years old and lives in one of the most expensive cities in the US. He has investments that generate $206,160 each year. The child of two foreign service officers, the Samurai grew up middle class, graduated college with $4,000 in savings (and no debt) and has a passive income (i.e. interest payments, stock dividends, and real estate income—money he gets without having a job) of $250,000 per year, which puts him in the top 5% of US households. With this freedom, he maintains his blog, teaches high school tennis, and hangs out with his two-year-old son.

(The blog’s homepage is laden with affiliate links running the gamut of financial products and services, many of which offer a $100 affiliate fee, according to the Samurai’s own disclosures. And while the Samurai is unwavering in his belief that online businesses are a key lever to financial independence, he does not disclose the income generated by his blog or any of his other online revenue other than an eBook Negotiating a Severance, likely another significant source of income for him.)

The Samurai can make it hard for readers to sympathize with him. Though he has a sizable income from his investments alone, he says he still falls “$93,000 short of living comfortably in San Francisco,” as the Samurai recently told Forbes. To his critics, referring to that threshold as “abject poverty” feels elitist and out of touch. To his fans, his methodical assessment of the Federal Poverty Line using tables for inflation, withdrawal rates, and incomes resonates because they obsessively think about how hard it is to retire early without decreasing their quality of life.

The Samurai seems open about most things, but there’s one piece of information he consistently declines to reveal: his name. Bylines on publications like Forbes or CNBC credit him as Sam Dogen. His sparsely-populated LinkedIn profile shows that he graduated from William and Mary in 1999, got an MBA from Berkeley, and worked at Credit Suisse and Goldman Sachs for a combined 13 years—facts that come up frequently in his posts. But at the bottom of these contributor pieces, the sites note that Dogen is “a pen name to protect his family’s privacy.” The pseudonym has caused the Wall Street Journal redact his quotes—twice—and has led some gumshoe Redditors to question if he’s even a real person.

The world of the Samurai

I assure you, he is real. In fact, it’s quite easy to get Dogen on the phone, his only constraint being that we speak before 8 am or after 9 pm, to accommodate his parenting duties. Though he’s open about the pseudonym—”Sam” is short for “Samurai” (and Google later tells me that Dōgen was a Buddhist Zen Master from the 13th century)—he declines to tell me his real name, again citing concerns for his family’s privacy.

Dogen, who is Chinese American, says he grew up in Asia and Africa (“I witnessed the beggars of Agra, India”) and went to high school in Virginia (“I went through a lot of fights, many instances of racism”).

He explains, too, why his financial advice is so often centered around uncomfortable facts. Though many FIRE proponents understand that they need to suffer today for the promise of a better, freer tomorrow (to save in excess of 50% of their income, some people see fit to eat discarded brown bananas), Dogen doesn’t seem to much be enjoying his retirement. In fact, it seems impossible for him to figure out how much money or independence is enough.

He can’t “just chill” in his retirement, he tells me, because he’s a father. He wants his toddler and a newborn to live the Samurai principles because, he says, the ability to withstand suffering is critical to developing resilience. He needs to continue these austere practices to keep his own finances in order so that “if the worst case happens [his kids will] be ok.” His list of worries includes: the end of a decade-long bull market, the rampant inflation in education and healthcare, experiencing racial discrimination, the financial well-being of his in-laws, and his early death at age 60. He feels his concerns about his mortality are more deeply tied to his financial wellbeing than your average person in the middle of an existential funk.

Dogen passes on this cynical perspective to his readers. His “way of the samurai” principles implore them to “save until it hurts every month” and to “never fail due to lack of effort.” His definition of happiness is “making progress every day” and he’s adamant about forecasting your misery, which to him includes “physically slowing down due to age and injury, losing my cognitive abilities, bullying in school, losing loved ones, and living a mundane lifestyle.”

His blog, then, sits at the center of this constructed identity. Dogen views his “huge compendium of writing and podcasts” as timeless embodiments of his own self, so that if he “were to die tomorrow” his kids would have known their father.

Though Dogen is one of the main voices in the FIRE movement, his own experience may in fact be a rebuke of it. Yes, financial independence can free you from that terrible boss or catalyze your own version of Eat Pray Love. But after eight years of retirement, Dogen recently announced that he might be going back to work in the “tech, finance, or media” fields (rest assured, he’ll be blogging about it). His trajectory confirms that neither money nor freedom by themselves can answer deep-seated philosophical questions of contentment (“Once you see 100 European churches, they all seem the same”). And when it comes to financial security, there’s a preciousness to life and love that no amount of money can protect, no matter whether you’re a plain old Sam or an elite Samurai. 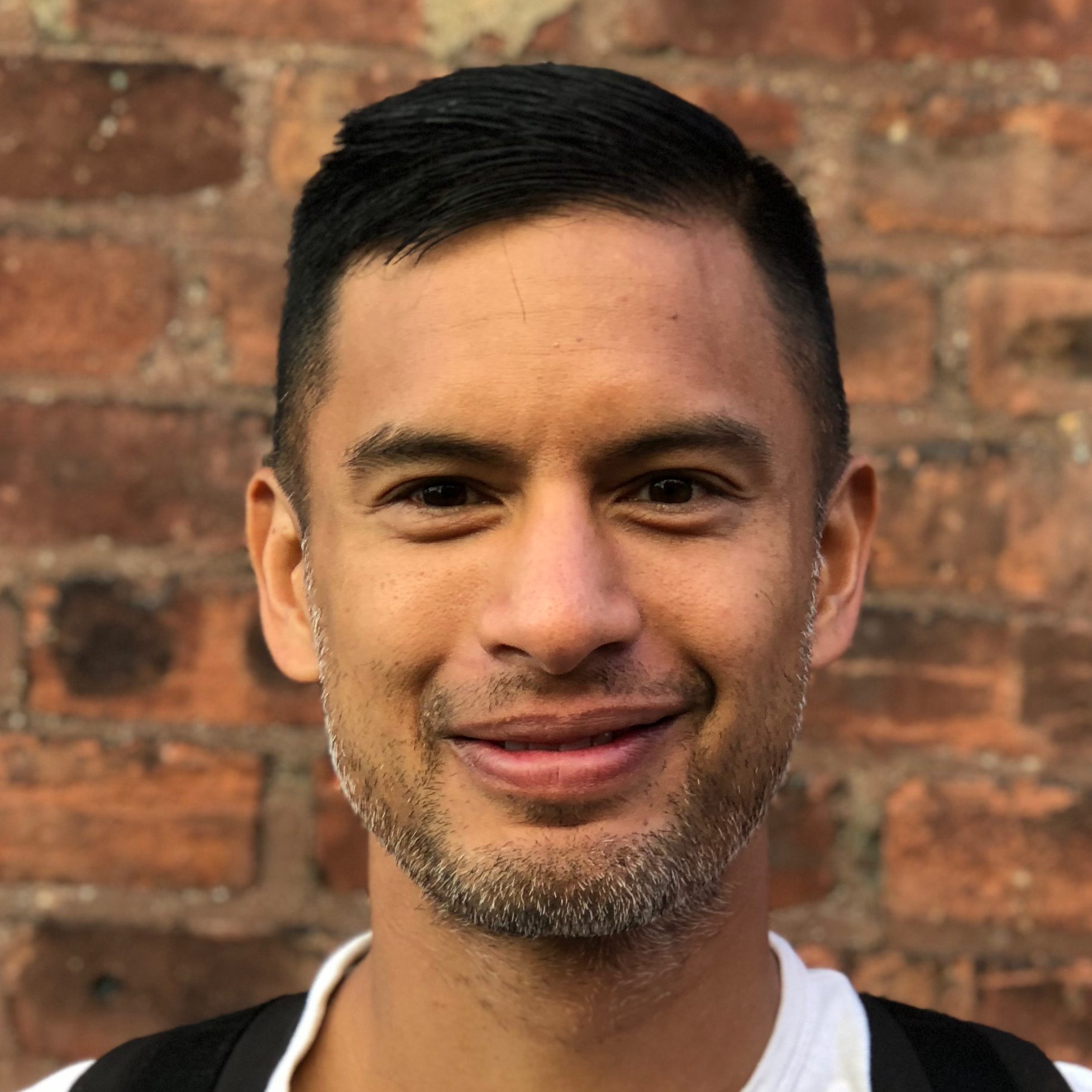 Contributing Editor and Entrepreneur in Residence

This isn’t your parents’ personal finance. Quartz helps you parse out the right advice and tools for a happy financial future.

How to talk to your spouse about money (without fighting)

I NEED A WHAT?

Can an $84 app give you a financial makeover?

The one number that determines if you can retire today

An anonymous blogger wants to solve your biggest money mysteries