Concern about income inequality, and the even more striking inequality in wealth in the United States, is a key theme for the 2014 US congressional elections and has made Thomas Piketty’s book Capital in the Twenty-First Century a surprise bestseller. There are many reasons to be concerned about wealth inequality itself, regardless of the source of that inequality, but it is hard to pursue a discussion on the topic for long before someone makes a claim about whether the wealthy acquired their money in a deserving way. Partisans on the political left and right know which side of this argument they are supposed to emphasize: many who feel the government needs more revenue conveniently argue as if almost all wealth comes from underhanded, unscrupulous skullduggery, while many who feel the government needs less revenue conveniently argue as if almost all wealth were created by the likes of Steve Jobs, who brought us i-everything. But unlike these partisan stories, in every list of 1,500 or so billionaires, many deserve their wealth while others deserve very little of the wealth they have. While in some cases the principles for whether wealth is deserved or not are obvious, in other cases they are quite subtle.

To start with an easy category, wealth obtained by deceit is illegitimate. For example, given the way tobacco companies lied about the dangers of smoking,the gigantic legal judgments against them seem appropriate (though it is too bad how big a share of that money went into the pockets of lawyers). And although the magnitude of the crime might not be as great, GM’s recently outed behavior in hiding problems with ignition switches has a disturbing resonance with the earlier behavior of the tobacco companies. As these examples make clear, standard legal principles often make it possible to take away wealth obtained by deceit once that deceit is well established. But a greater hatred of deceit on the part of juries, judges, and legislators would help in further neutralizing this form of wealth.

If undeserved wealth always arose in cases where the logic was as simple as that for deceit, and were similarly reprehensible from a criminal or civil law point of view, then the issue of undeserved wealth could be appropriately handled in the courts.In an IMF paper, Harvard Economics professor Michael Kremer and Northwestern University Economics professor Seema Jayachandran make the intriguing proposal that debt incurred by a non-democratic government (after the appropriate international organization has declared that the debt is not in the interests of the people of a country) should be considered “odious debt” that later (and hopefully better) governments of that country need not pay back.

We could similarly talk about “odious wealth”—wealth that is hateful in its origin. But our instincts about the merits of different means of acquiring wealth often go astray. Let me take two extreme examples: old songs that people love and the kind of “vulture capitalism” whose reputation helped sink Mitt Romney’s chances in the 2012 presidential election.

There is currently a dispute over whether songs recorded before 1972 should continue to earn royalties. By naming their bill to extend royalties to pre-1972 recordings the “Respecting Senior Performers as Essential Cultural Treasures Act or “RESPECT” Act, congressmen George Holdings and John Coyners are using the fact that the musicians who recorded songs before 1972 (that we still listen to 42 years later) inspire feelings of gratitude, since songs of lasting popularity give many listeners much more pleasure than those listeners have paid for the right to listen to those songs. But the prospect of that very gratitude, plus 42 years of royalties, would have provided more than enough motivation for musicians to work hard back in 1971 to make great songs, if they had the ability.

Forty-two years is a long time. And money coming in the near future looks (and is) more valuable than money coming in the more distant future. And even songs that last typically get more play in their early years. So at the time a musician is working hard on a song, the prospect of 42 years of royalties and undying fame should, to a surprisingly close approximation, be just as motivating as, say, 80 years of royalties and undying fame. So we don’t need to extend royalties to pre-1972 recordings to bolster the confidence of musicians making songs now that they will be properly rewarded for their efforts. And on the downside, charging royalties for pre-1972 songs has the potential to inhibit the development of internet and satellite radio—and in particular how often people get to listen to the best pre-1972 songs on internet and satellite radio. So there is a lot of  of downside, not much upside to extending royalties to pre-1972 recordings. But the folks who would earn those royalties, if they are still alive, are attractive recipients of the money, even in cases where they are relatively wealthy.

By contrast, few ways of getting wealth seem less attractive than acquiring companies and then making them more profitable by laying off many of the employees. In August 29, 2012, Matt Taibbi wrote in the Rolling Stone essay “Greed and debt: the true story of Mitt Romney and Bain Capital:”

A man makes a $250 million fortune loading up companies with debt and then extracting million-dollar fees from those same companies, in exchange for the generous service of telling them who needs to be fired in order to finance the debt payments he saddled them with in the first place. …

Instead of building new companies from the ground up, we took out massive bank loans and used them to acquire existing firms, liquidating every asset in sight and leaving the target companies holding the note.

This is what I am calling “vulture capitalism.” But vultures have an important place in the ecosystem. Just like literal vultures, who help clear away dead carcasses, vulture capitalists help in the difficult process of moving workers from making and doing things that people don’t need as much anymore to making and doing things that people are eager to pay for. For example, Mitt Romney helped unwind K-B Toys, whose toys could no longer compete with video games. This was enormously painful for the employees of K-B Toys, who were ultimately sent on their way in an arduous transition to new jobs (and some to early retirement). But an enormous amount of good work has been accomplished by former employees of K-B Toys in new jobs with efforts that would have been squandered on trying to make unwanted toys if K-B Toys had been kept limping along for a few more years.

Since they are unlikely to get much gratitude from their brutal but useful work, vulture capitalists have to be rewarded with money. Otherwise, who would want to do that task of dismantling companies and letting go of people and other resources that should be devoted to other purposes?

None of this is to say that the incentives for vulture capitalism are precisely right. It is unfortunate when, as is too often the case, the efforts of highly trained professionals are focused on transactions that make sense only because of quirks of the tax law. But the basic idea that the old must sometimes be dismantled to provide the human and non-human building blocks for new things is sound. And if something that painful is going to happen, it sometimes makes sense to say as Jesus said to Judas: “What you are about to do, do quickly.” The wealth earned by vulture capitalists may then look like the 30 pieces of silver Judas was given for betraying Jesus, but it must be considered legitimate, nonetheless, because the job needs to be done.

Although people complain a lot about wealth and income inequality, I suspect that a great deal of that anger comes from how the rich made their fortunes. An ideal version of capitalism—the version in the economic models taught in introductory economics classes around the world—would make it impossible to get rich without doing great good for society. There are certainly areas where doing great good for society is not understood and therefore not appreciated. But there are also many areas where the wrong things are rewarded because of market distortions, or where the government piles on rewards beyond those that are needed.

Among excessive rewards caused by the government, bailouts without increases in equity requirements big enough to prevent future bailouts are especially unfair. But actions by the government to protect the profits and business models of firms already in place by standing in the way of firms doing new things in new ways  can in the long run be just as damaging.  And in the digital age, copyright law is long overdue for reevaluation.

Wealth and income inequality are a topic of perennial fascination. But the heat has been turned up not only by increases in such inequality, but also by the feeling that the 2008 financial crisis and the Great Recession suggest that something is fundamentally wrong with our economic system. Among the many reasons to redesign the monetary plumbing of our economic system to avoid a repeat of the Great Recession, one of the most important is to help us gain clarity on the many long-run issues we face, of which economic inequality is one of the most difficult to deal with. 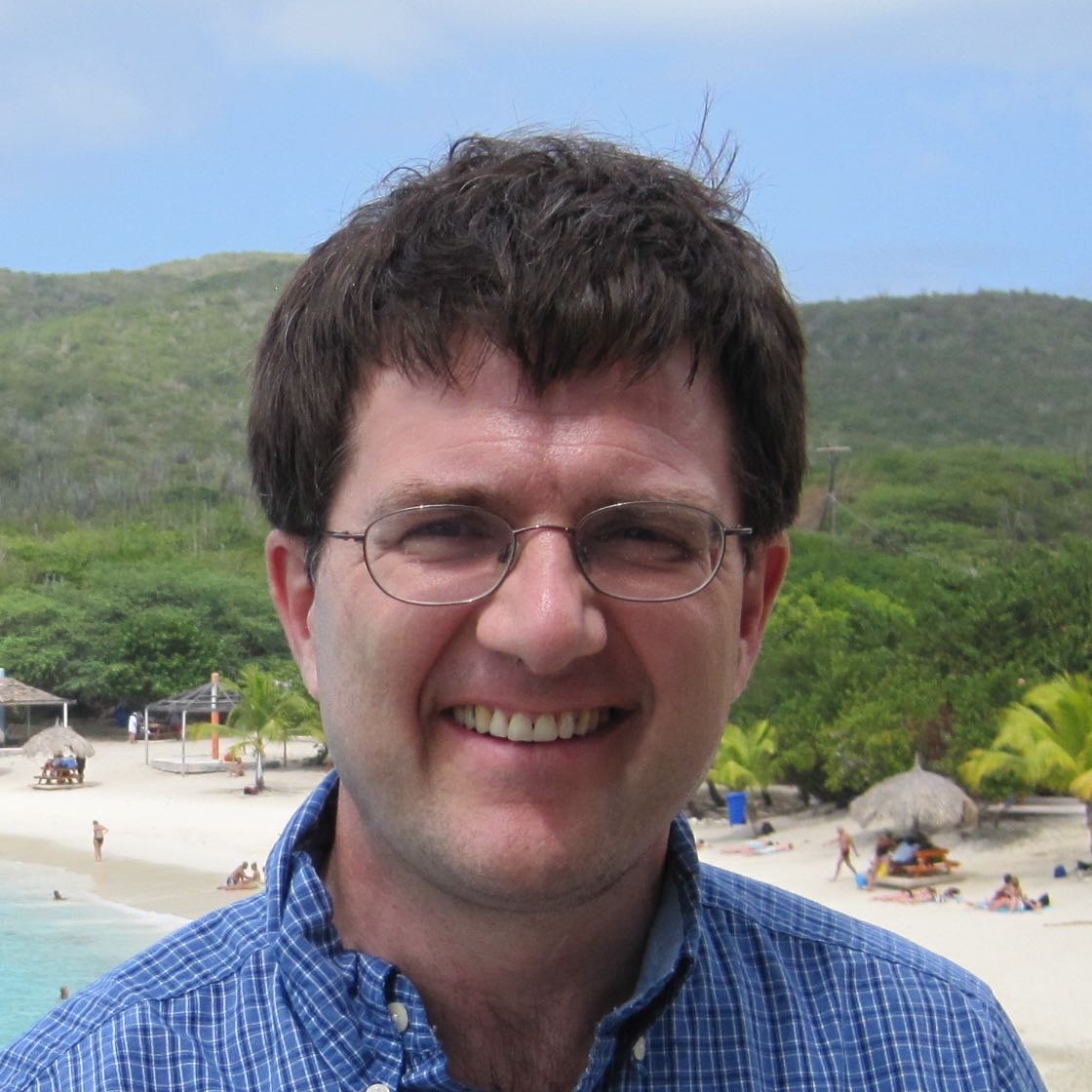 Professor at the University of Colorado Boulder