What’s the betting that Agilkia makes it into the baby name charts in 2015? This romantic, lyrical word is the name of an island in the Egyptian Nile, but it’s also just been given to the patch of Comet 67P/Churyumov-Gerasimenko where the Rosetta mission’s Philae lander is due to touch down.

More than 8,000 people from 135 different countries entered the ESA’s competition to name the landing site. More than 150 of these entrants independently suggested Agilkia. Surprised? You shouldn’t be, because this geographical reference fits beautifully with the overarching Egyptian imagery of the Rosetta mission.

It’s well known that the Rosetta spacecraft was named after the famous Rosetta stone, whose discovery in 1799 enabled historians to unlock the secrets of hieroglyphics. The choice of that name reflected the spacecraft’s role in deciphering the mysteries of the universe, while poetically linking space with time, language with science, archaeology with cosmology.

The connections continue. The Philae lander was christened in 2004 by an Italian high-school student, who made the connection between the lander and an ancient obelisk found on the island of Philae near Aswan. The obelisk was inscribed in both Greek and Egyptian characters and its discovery represented another landmark in the translation of hieroglyphics and the understanding of distant kingdoms.

Other ancient Egyptian references in the space mission include Ptolemy (after Ptolemy V, whose name appears on both the Rosetta stone and the Philae obelisk), and the on-board camera OSIRIS—an acronym for Optical, Spectroscopic, and InfraRed Remote Imaging System but also one of the most intriguing ancient Egyptian deities.

And now we have Agilkia—that enigmatic landscape which silently awaits the arrival of Philae.

Back on earth, Philae and Agilkia aren’t just neighboring islands. In the 1970s, when Philae was at risk of floods after the building of the Aswan Dam, the ancient temple complex on the island was dismantled and then re-built on Agilkia.

The journey of the Philae lander to the Agilkia comet site re-enacts this piece of rescue archaeology on a cosmic scale and sets up an almost perfect analogy between ancient Egypt and modern space travel.

Almost perfect, because the inscribed Philae obelisk wasn’t actually among the monuments dispatched to Agilkia. A British aristocrat named William John Bankes had discovered the obelisk in 1815 and taken it back to his stately home in England. Like many other Egyptian obelisks—including those plundered by “Egyptomaniac” Roman emperors—this one has ended up far from its original place of display, and now stands in impressive isolation in the gardens of a National Trust property in Dorset.

But although the Rosetta’s web of symbolism becomes complicated on close inspection, the overall Egyptian theme is still an incredibly powerful one.

Using hieroglyphs to frame the mission presents space as an entity that can—and eventually will—be deciphered. And while most of us have trouble grasping the colossal distances involved in space travel (Rosetta has travelled a cumulative distance of over 6.4 billion km), the names of ancient places, pharaohs and gods can help us to mentally reach the physical remoteness of celestial bodies.

Other symbolic resonances include the Ptolemaic system of astronomy and the infamous conspiracy theories about the alien origins of the pyramids.

Sending ancient Egypt into space makes our cosmos alive with history and myth. It makes space seem more tangible, yet simultaneously more distant. The analogy can also enhance our perceptions of the past, influencing how we regard our monumental heritage. Philae and Agilkia are currently trending on Google and Twitter—and it’s clear that the world’s attention has been refocused on these sites thanks to their appropriation by space scientists.

And at a time of increasingly strained debates about cultural patrimony it makes a refreshing change to see ancient monuments used as symbols—not of an individual or nation—but of the whole planet. Rosetta, Philae, Ptolemy and Agilkia now rise far above national or political boundaries. They have become distant representatives of our shared, earthly heritage. And in that cosmic light, they look even more noble. 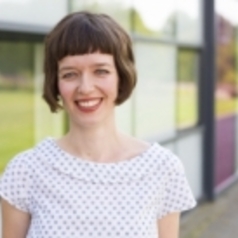