Never-ending scandals have given banks a bad reputation. But what if there were a bank run by a church and staffed by school kids? It’s hard to think of something further from the image of rate-rigging, sanctions-busting, toxic debt-peddling bankers currently making headlines.

This isn’t exactly what the Church of England has in mind, at least not yet. But the church is making a high-profile push to boost young people’s financial literacy, and “savings clubs” in primary (elementary) schools are where it starts.

A quarter of all primary schools (both public and private) in England are run by the church, so if the pilot scheme takes off—which will depend on attracting private and government funding for a broader rollout—it could reach a significant share of young Brits.

Kids as young as 4 years old will start by being given £1 ($1.57) per school term for their account if they join the program, which would be administered by a local credit union. The kids would also be “given opportunities to take part in the running of the savings clubs, as junior cashiers or bank managers,” the church says. Practical experience managing money reinforces classroom lessons on financial topics, so that even the youngest kids ”develop positive attitudes towards money and the habit of saving,” said Justin Welby, the Archbishop of Canterbury.

If it sounds crazy to expect a 4-year-old to get much out of running a savings account—much less working as “junior cashier,” whatever that means—the church cites research (pdf) suggesting that habits about money are formulated as early as age seven. Other surveys show that parents often underestimate how interested their kids are in family money matters, and we have previously written about how students who are hotshots at math are nonetheless often hopeless at managing money.

And bad money management can have devastating effects. Last year, Archbishop Welby took aim at payday lenders, arguing that the short-term loans they offer with thousand-percent interest rates made them “latter-day usurers” that prey on the vulnerable. Building an alternative by combining the power of the church, credit unions, and schools could ”compete them out of business,” he said. Credit and debt are “absolutely core to the grand story of the Bible and the Christian faith, starting with Moses and the liberation of the Israelites from slavery in Egypt,” the church explains on the site for its task force promoting a “fairer financial system,” run by former regulator Sir Hector Sants.

And the church’s savings scheme isn’t just aimed at kids. Like school programs to promote healthy eating and exercise, the hope is that the school savings-club idea could inspire smarter behavior for the whole family. The school-run bank branches will be open to parents, too, who can contribute to “dedicated accounts to save for school or family-related expenses such as uniforms and school trips,” according to the church.

“Once the children open accounts, you also find that parents and maybe teachers and other members of the school community will also open accounts,” Sants said. “If their children come home with a pass-book saying ‘I am saving,’ that obviously encourages [them] if they might not be saving to give thought to the matter.”

And given all the trouble that grown-up bankers have got themselves into lately, a bank run by a bunch of kids probably couldn’t do any worse. 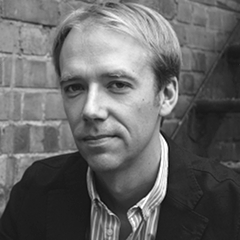