Today, an asteroid about a third of a mile in diameter will zip by Earth, closer than any celestial object its size until 2027.

No, it’s not going to hit us. But by space standards, that’s quite a close brush, and it will give scientists a unique opportunity to gather data from it.

2004 BL86, as NASA has designated it, will pass 745,000 miles from Earth, about three times the distance from here to the moon. That’s close enough to allow astronomers at Goldstone Observatory and Arecibo Observatory to snap fairly detailed radar images of the massive space rock.

It’s coming close enough that you’ll be able to observe it with strong binoculars or a backyard telescope (and here are its sky charts so you can find it). That is, of course, unless you live in the Northeast, where the incoming historic blizzard will make it difficult for you to see two feet in front of your face, let alone a flying rock hundreds of thousands of miles into space.

In 2027, the asteroid 1999 AN10 will come about 240,000 miles from Earth, or roughly the same distance from here to the moon. NASA has calculated the chances of AN10 and other asteroids hitting Earth, and we seem to be in the clear for the foreseeable future.

And in the unlikely event that scientists do detect an asteroid with an Earth-impact trajectory, we can always send Bruce Willis to go blow it up.

You can watch the giant flying space-mountain zooming by Earth at 35,000 miles per hour live at 11am EST here. 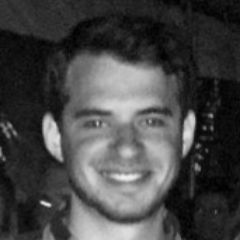