Macau’s government reported that its GDP shrank (link in Chinese) in the three months to June by more than 26% compared with the same quarter last year. 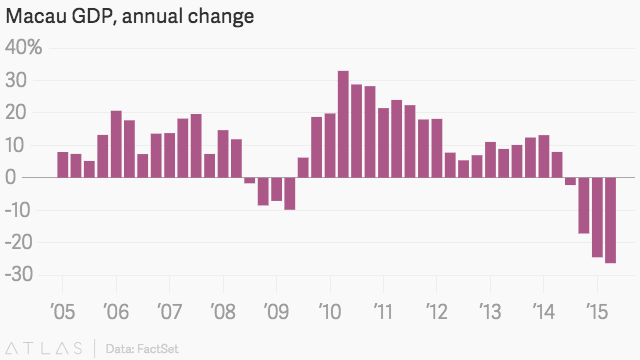 The report, highlighted by the Financial Times (paywall), shows the pressure that China’s ongoing corruption crackdown is exerting on the territory:

The decline in GDP reflects a Beijing-led clampdown on corruption, which has scared off high-rollers. In February, gaming revenue fell by nearly half, the most on record. Since then every month has seen a year-on-year decline of 34% or more.