Amazon will now let Apple and Android users watch streaming video offline, a service previously offered only on its own line of Fire phones and one that’s still unavailable from competitors like Netflix and Hulu.

Although there are workarounds available, it’s still pretty difficult to watch movies and TV shows on mobile phones and tablets while on an airplane, train, or other internet wastelands. Now, Prime members in the US, UK, Germany, and Austria can download shows to watch without an internet connection.

The move comes as Amazon aims to take on Netflix by wading deep into original programming and striking deals with content providers, such as the recent tie-up with HBO to offer old shows of “Girls,” “Entourage,” and “The Wire.”

Netflix has said the option of offline playback will never happen. It has said it views offline playback as a fix for a short-term issue that was likely to disappear as the internet gets faster and service is even more ubiquitous.

Still, Amazon has a long way to go to catch up with Netflix. 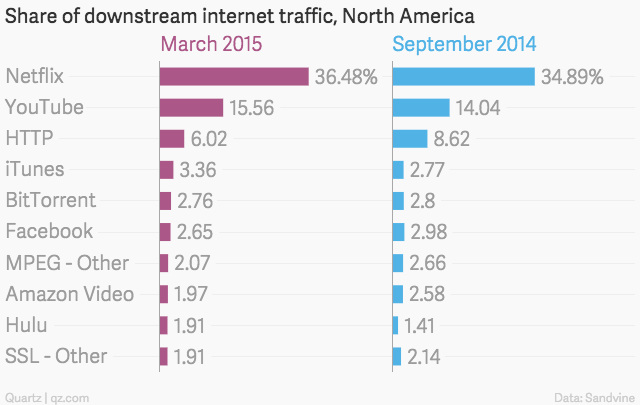 Amazon’s new playback option is a nice feature for users, even if it’s limited to only part of the company’s video offerings due to licensing restrictions. But it’s unlikely users will switch off Netflix in favor of Amazon.

In the end, it looks like another move in Amazon CEO Jeff Bezos’ long game: bulking up the perks of Prime membership, whose members tend to spend twice the amount on the service as non-prime members.