With all the fretting about the Federal Reserve and interest rates, you’d think homebuilders would be worried about consumers getting scared away from the housing market. But that’s not the case at all.

The National Association of Homebuilders’ market index hit 62 in September, the highest since it reached 68 in October 2005. 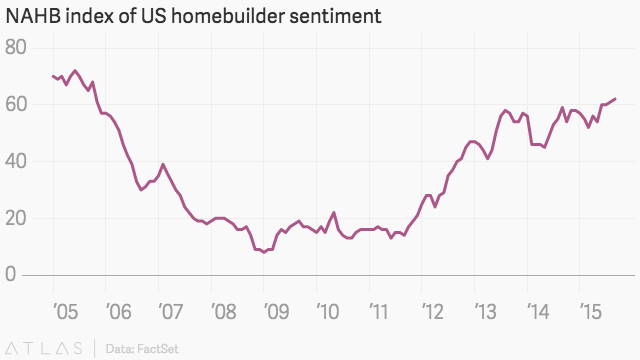 That enthusiasm makes sense, though. The economy is recovering, mortgage rates have stayed near record-lows, and everything from starts and permits to sales have been perking up. Weak inflation would be even weaker without high rents—a boon to the housing industry. In fact, Quartz’s Matt Phillips posited back in July that US was one of the brightest spots in the world economy.

If you saw all this excitement around housing and you made your living building houses, you’d be happy, too.