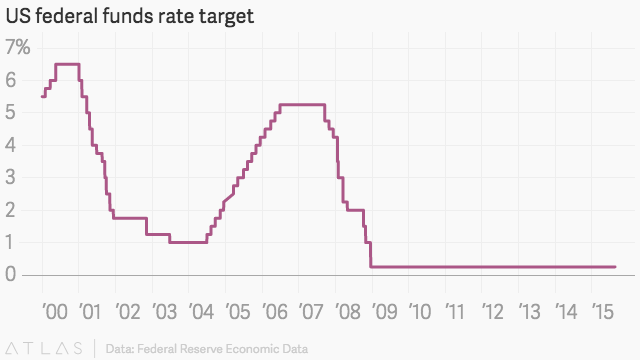 We’re collecting the best tweets and charts about the decision and all the economic factors that went into it.

Even though the minutes from July’s Fed meeting didn’t make it clear whether a hike would be coming, the consensus around a September rate hike had been pretty solid until relatively recently. Then a little China-driven market chaos left markets feeling a lot less sure about that. In the face of such uncertainty, some say the Fed would be crazy to raise rates right now. And whether the rate hike comes now or in the months to come, America’s central bank is will be engaging in one of the greatest monetary policy experiments the world has ever seen when it does. Enjoy the ride.