Gentrification in San Francisco is getting so out of control that the bus drivers who shuttle employees to and from the wealthiest companies in Silicon Valley can’t afford to live nearby.

Climbing rents are forcing drivers, contracted to tech giants such as Apple and eBay, to sleep in their cars or commute exhaustive distances to work, reports the San Francisco Chronicle.

And tech drivers aren’t the only ones getting priced out of the San Francisco area, which has the highest rents in the country: 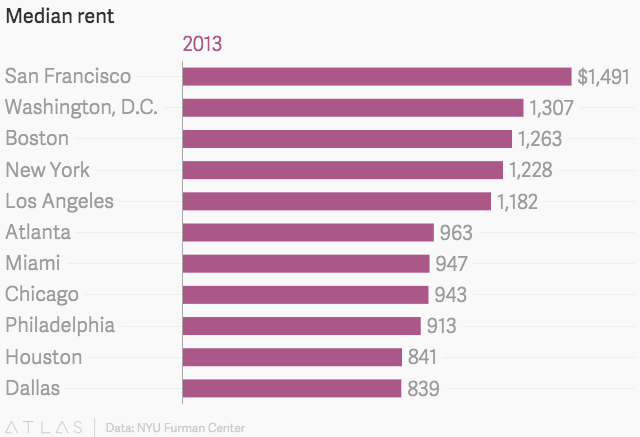 Rent is so high that even companies in the lucrative tech industry can’t afford office space in San Francisco, and are setting up shop in malls and neighboring towns such as Santa Cruz.

Judging by median incomes, San Franciscans are better off than people in other American metro areas, but those numbers clearly leave out many of the people that keep the city running. And the reality is that it’s getting harder for anyone without a six-figure salary to get by. 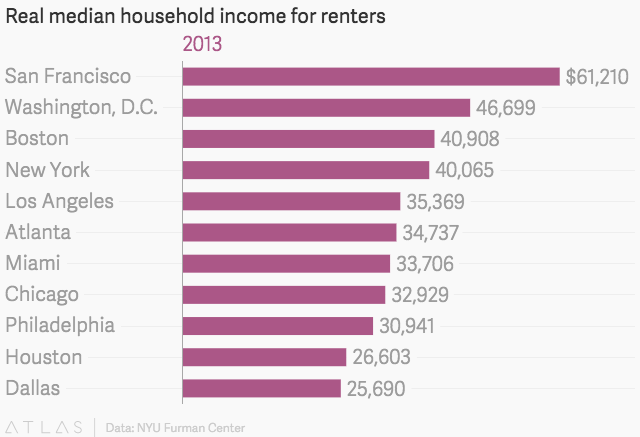 As a result, the city is becoming increasingly dominated by the predominantly white, high-earning tech scene it’s home to. In 2014, the San Francisco’s black population fell to 5.8%, down from 13.4% in 1970, Fusion reported—a frustrating trend for natives who remember the city as a diverse hub for artists and the working class.