This chart from Credit Karma crystallizes the emergence of America’s monstrous student-debt problem: While the majority of Baby Boomers refrained from borrowing money for tuition or college expenses, only 21% of millennials graduated from college debt-free. 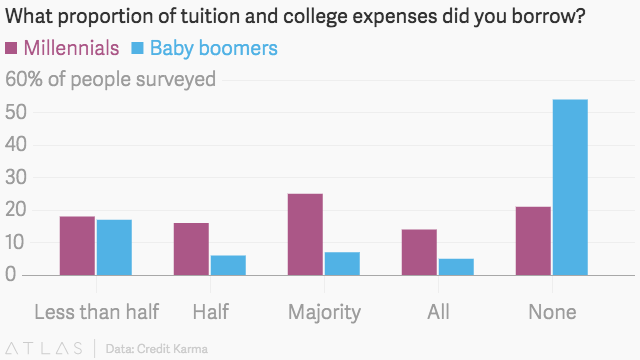 The chart is astounding, mainly because it shows just how quickly such a major shift in consumer behavior occurred. 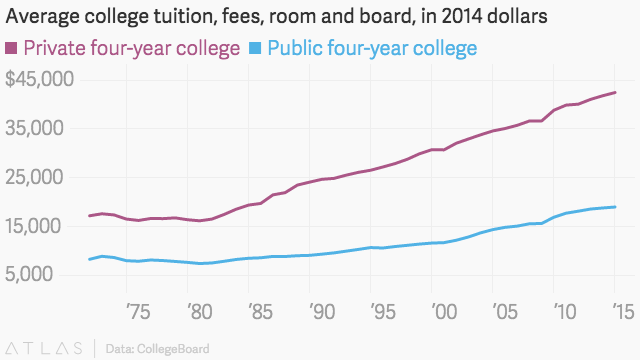 “It’s a completely different story for millennials,” Bethy Hardeman, chief consumer advocate at credit-monitoring website Credit Karma, tells Quartz. ”Access to loans became extremely easy and suddenly you had 18-year-olds—who weren’t thinking about the consequences of that debt later on—using the loans for things beyond schooling like computers or even cars.”

American Baby Boomers were just starting college when US president Lyndon Johnson signed the Higher Education Act, which created the federal student loan program and opened the gates to the massive student lending operation run by the US government today.

“In the next school year alone, 140,000 young men and women will be enrolled in college who, but for the provisions of this bill, would have never gone past high school. We will reap the rewards of their wiser citizenship and their greater productivity for decades to come,” Johnson said upon signing the bill in 1965. He urged Americans to tell their children and grandchildren that “a promise has been made to them” and that it’s the “obligation of your Nation to provide and permit and assist every child born in these borders to receive all the education that he can take.”

What Johnson didn’t say was that this promise eventually would come with a $1.3 trillion price tag.

To be sure, the widespread proliferation of student loans did achieve its intended purpose: It turbocharged college enrollment and opened up higher education to millions of Americans. The percentage of college-age Americans enrolled in degree-granting institutions soared above 40% in 2009, from about 25% a generation earlier. 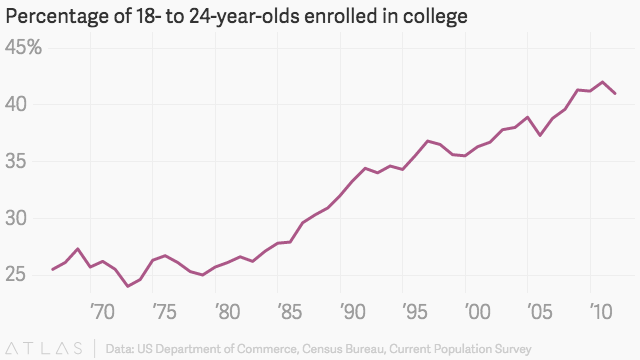 But as colleges—and private lenders—drove students to take out more debt, it also created an entire generation of Americans who are too hamstrung by their college loans to get married, have kids, or buy homes.