The Nikkei 225 index moved into negative territory for the year earlier today (Sept. 29) after hobbling around in the single digits following a short-lived recovery earlier this month. 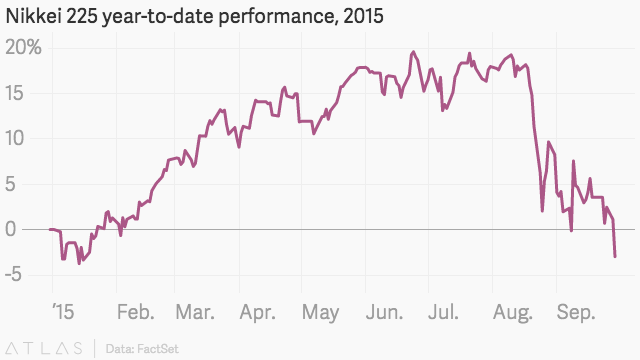 It’s not for lack of effort that the Japanese stock market has sunk. Its central bank has been printing huge sums of money to stimulate spending, and prime minister Shinzo Abe has been trying desperately to shake the Japanese economy back to life.

Nonetheless, Japan now finds itself in the same (sinking) boat as the US, the UK, China, Germany, and a whole host of other markets around the world. 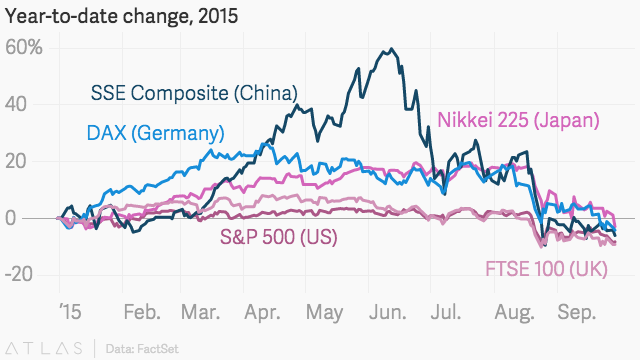