At the turn of the century, scientists feared that the clouded leopard, a big cat once common in China and Southeast Asia, had been wiped out in Taiwan thanks to rapid deforestation. After a 13-year quest for the animal, the leopard was reluctantly declared extinct there in 2013.

There are only 10,000 of them left elsewhere in the world now, and scientists are scrambling to ensure that the cats don’t soon disappear entirely.

The University of Georgia’s Regenerative Bioscience Center (RBC) is building a genetic storage space, or “frozen zoo,” that scientists and  hope will someday protect the leopard, and many other endangered species, from extinction. Researchers are non-invasively culling skin cells from endangered animals, freezing them in tanks of liquid nitrogen, and expecting to reprogram them into stem cells—which will then become sperm or eggs—in the future.

Because the genes in the cells will be perfectly preserved, hundreds of years could theoretically pass by, and the cells would still be usable when they are thawed out. Franklin West, an animal professor leading the project, declared that he’s “very certain that it’s going to work.” He and the rest of the team have made the choice, unorthodox in the scientific community, to fundraise for the project online rather than applying for research grants, with the goal being to drum up public engagement and interest.

Animal species extinction is no small threat. The RBC’s mission—somewhat similar to that of the doomsday seed vault in the Arctic ocean—is to act as a fail-safe, in case the feared hypotheticals ever become reality. 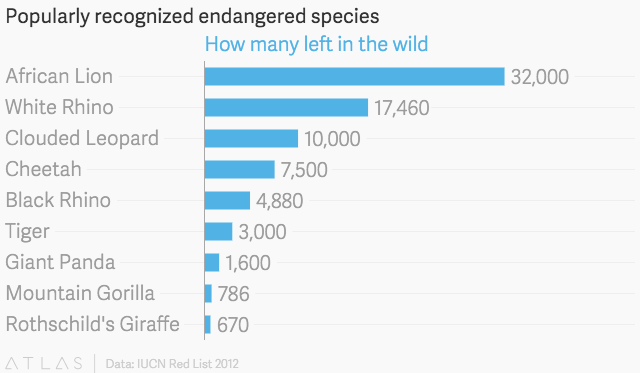