The ax fell at Twitter this week, and the last remaining founder of Vine—the six-second video-sharing service Twitter acquired in 2012—was among the 336 employees who were laid off.

The departure of Rus Yusopov, Vine’s creative director, comes after his cofounders, Dom Hofmann and Colin Kroll, left the social network in 2014 amid internal discussions of extending the length of Vine’s videos. Twitter was not immediately available for comment.

Last week, Twitter’s board officially named Jack Dorsey as CEO, a role he also holds at payment processing company Square. As part of Twitter’s turnaround, Dorsey has promised to shareholders improvements that would make the social network less confusing to new users. The first big release under Dorsey is Moments, a new section that packages curated tweets into collections people can follow.

But Vine has seen few improvements since its acquisition. The standalone video platform, which does not generate any revenue, reaches more than 100 million viewers each month and plays more than 1.5 billion “loops” each day. Twitter for the most part has been hands off, viewing Vine as an experimental creative platform. 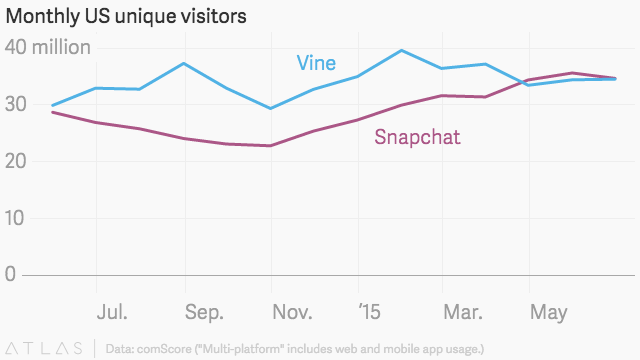 As Josh Elman, a former product lead at Twitter and current investor at Greylock Partners, told Quartz in January, Twitter has yet to figure out what to do with Vine. “They’ve got to integrate it better,” he said. “I worry for them that Vine is going static instead of accelerating.”