Fast-food company Yum Brands—owner of KFC, Pizza Hut, and Taco Bell—plans to spin off its ailing China business into a separate publicly-traded company.

Called Yum China, the new business will act as a franchisee of Yum Brands once the separation is completed next year, the Louisville, Kentucky-based company announced today (Oct. 20). It will pay its former parent company a cut of its sales (paywall) for the exclusive rights to Yum’s brands in China.

Chief executive officer Micky Pant, who took the reins of the China branch in August, will lead the new company.

The move comes after years of failing to revive restaurant chain operations in the country. Earlier this month, Yum posted weaker-than-expected growth in same-store sales at its Chinese branches for the third-quarter and cut its 2015 earnings forecast because of the miss, Quartz reported. 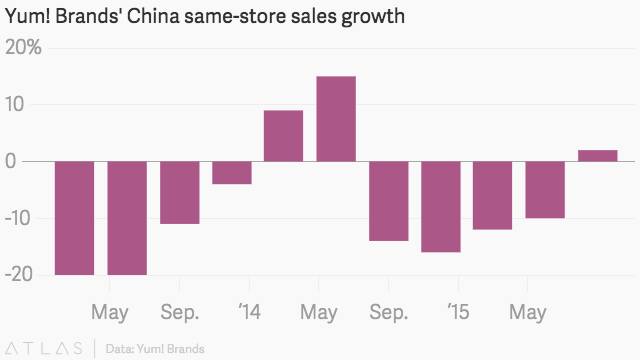 KFC, the company’s largest brand in China, has been particularly troubled in recent years.

Activist investor Keith Meister recently pushed for the spin-off in the Asian market. He’s argued that it could add $7 billion in value to Yum, which currently earns most of it’s revenue in China.