Amazon Web Services generated $2.1 billion in revenue during the third quarter, the company reported this afternoon. It has now generated almost $7 billion in sales over the past four quarters. 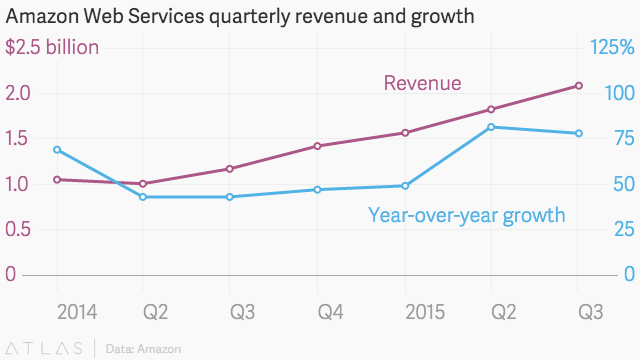 AWS third-quarter revenue grew 78% year-over-year, a slight deceleration from 82% growth in the second quarter. Growth was significantly slower in previous quarters because of a price cut in early 2014.

Amazon shares are up 10% in after-hours trading on overall strong performance.