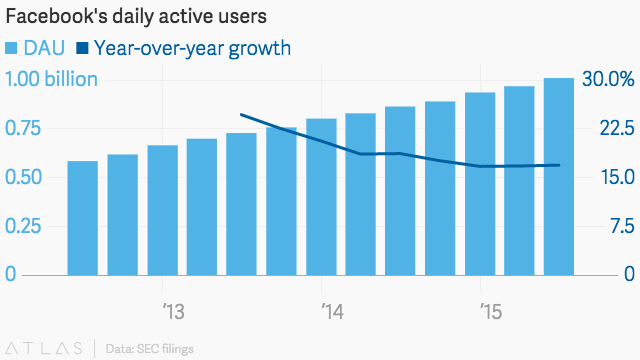 As of Sept. 30, an average of 894 million people were accessing the site on mobile devices every day—a 27% increase from the same quarter last year. And more than 1.55 billion people—or roughly one-fifth of the world’s population—were accessing Facebook each month. That’s up 14% over the same time last year, Facebook said in a release. 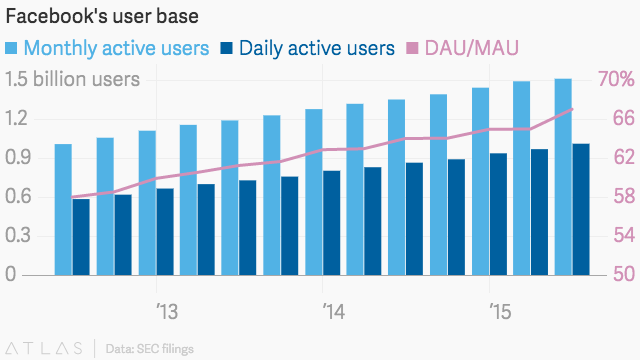 “We had a good quarter and got a lot done,” Facebook CEO Mark Zuckerberg said. “We’re focused on innovating and investing for the long term to serve our community and connect the entire world.”

The downside to such large numbers, though, is that Facebook’s user base growth is slowing. The company has announced its desire to bring the internet to remote parts of the world with drones and greater access to the mobile web, but it’s facing an uphill climb to connect the next billion, and the billions after that, to its social network.