The total value of trade in goods between the US and China reached $441.6 billion in the first nine months of this year, surpassing Canada for the first time in history.

But the news says as much about the damaging effect of low oil prices on Canada’s economy as it does about China’s rise. After all, the two countries’ trade volumes crossed paths not because of an exceptionally strong nine months for Chinese trade, but because the value of Canada’s trade fell so dramatically, to $438.1 billion: 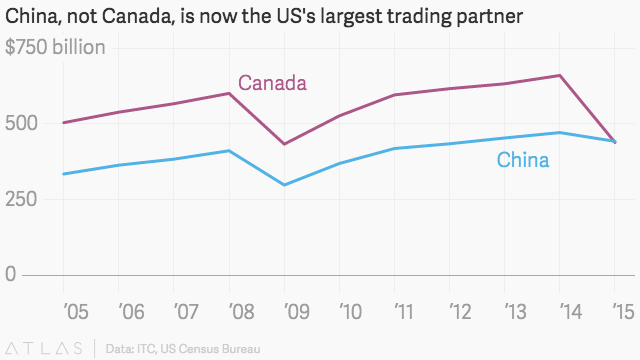 Crude oil, a key export for Canada, has dropped from a 2014 peak of $107 per barrel to just $44 today (Nov. 9). Despite the US buying an increasing number of barrels of oil from Canada, the massive wipeout in price has hurt the overall value of that trade: 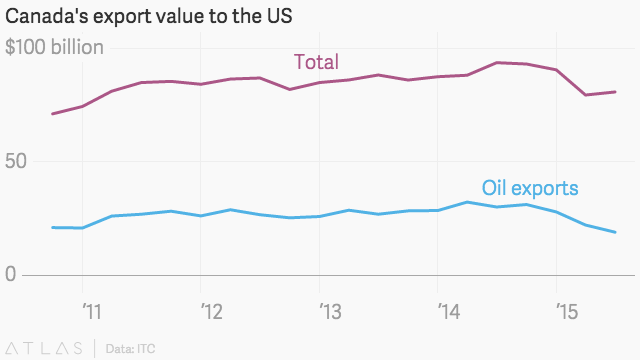 Should oil prices return to highs then, it is likely Canada’s US trade will rebalance against China’s.