Squeeze ’em if you got ’em.

The latest USDA crop report is out (pdf), and things are looking grim for this year’s US orange crop. It’s expected to be nearly 14% smaller than last year, and this forecast is nearly 5% smaller than the last one. 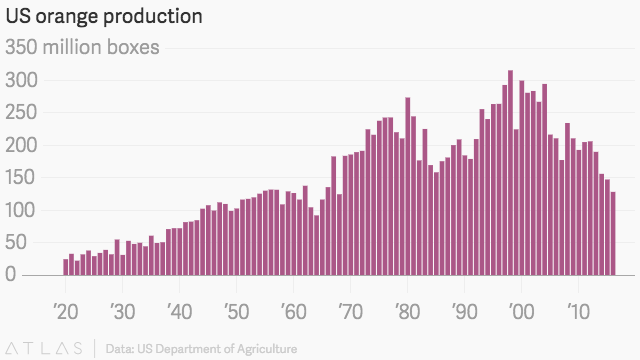 As Bloomberg noted, orange juice futures have jumped to $1.49 per pound on the news, their highest levels since late last year. That’s a 7.5% rally over two days and a 42% jump from early October lows. 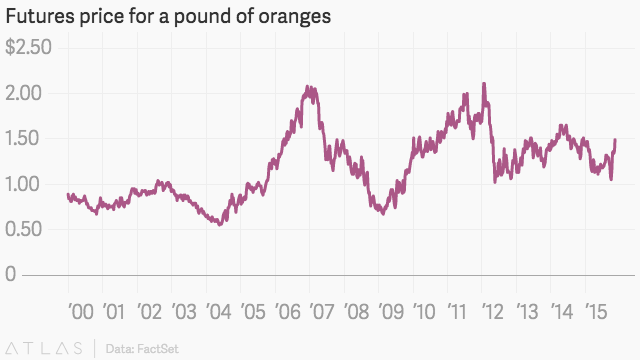 Though it’d be great to point to some Trading Places-style commodities caper behind the spike, the truth isn’t that exciting. The biggest culprit behind the last decade’s dwindling orange juice crops (and this year’s) has been citrus greening disease, which curtails seed growth and leaves mature fruit with a bitter taste. Down in Florida, the orange capital of the US, battling the disease has been a priority, with state and federal resources pouring into possible cures and work-arounds.

That said, orange juice inflation has been relatively stable, at least compared to 2007’s frosty spike. 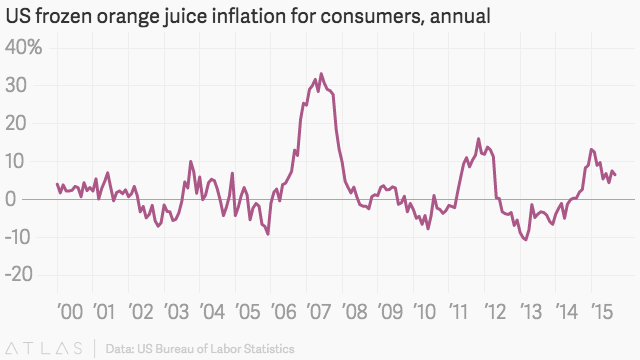