Two of the most high-profile tech stocks—Twitter and GoPro—have been trading under their IPO prices, even as the tech-heavy Nasdaq composite has been nearing an all-time high. And another closely watched tech issue, Fitbit, has slipped well below the closing price from its market debut.

As three of the most watched tech IPOs in recent years—Twitter went public in 2013, GoPro in 2014, and Fitbit in 2015—the lagging stock market performance of these public companies comes amid rising concerns that private startups are having trouble justifying their lofty valuations.

Here’s a glimpse into why the stocks are down: 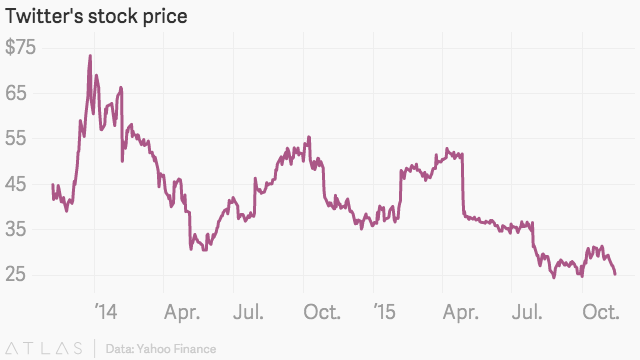 Twitter went public two years ago with an offering price of $26, but demand shot its opening price to $44.90. Now it’s at $25.18. Twitter has been punished hard by investors who have been concerned for awhile now about the company’s slow user growth and the fact that its CEO happens to hold the same role at another company—and one that’s going public, to boot. But the latest concerns appear to be fueled by reports that institutional investors are offloading the stock. 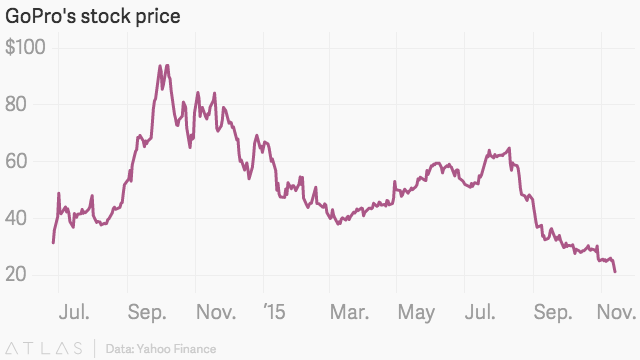 GoPro, one of the hottest IPOs of 2014, has struggled to broaden its customer base beyond extreme athletes. The company priced its shares at $24 in the IPO. They’re now at $21.16. GoPro’s newest camera, the Hero4 Session, has been underperforming, forcing the company to slash its price by 25% in September. The company is looking to diversify its camera portfolio with virtual-reality hardware and an upcoming consumer drone. 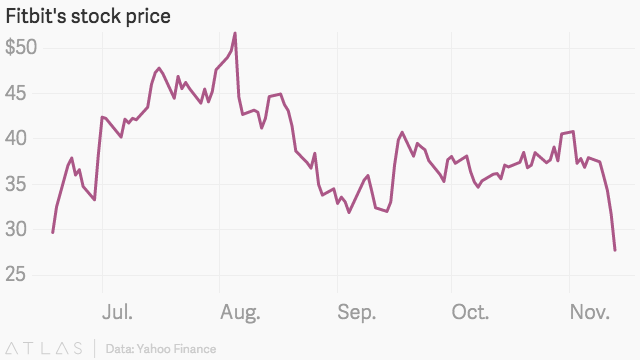 Unlike many tech companies that go public, Fitbit was actually profitable before its IPO on June 18. The stock popped from its offering price of $20 to $30.40 out of the gate. In its two quarters as a public company, it’s delivered strong earnings, but investors are dismayed about a recently announced secondary offering, in which the company plans to sell 3 million additional shares at $29. The stock ended the week at $27.73.

(An earlier version of this story indicated in the headline and first paragraph that Fitbit also had sunk below its IPO price; as noted in the paragraph above, on Nov. 13 Fitbit’s stock was still ahead of its IPO price but below the price it had climbed to on its first day of trading.)