China National Chemical Corporation (ChemChina) is being dogged in its pursuit of Syngenta, the world’s largest pesticide maker, even after its initial offer of $42 billion was rejected on Friday (Nov. 13). The state-owned chemical giant is now talking to China’s sovereign wealth funds to raise money, presumably for a more generous deal, Bloomberg reports.

Should the deal succeed, it would be the largest foreign acquisition ever made by a Chinese company, and would add to a significant list of acquisitions made in Europe by ChemChina—and Chinese companies overall.

Data from Dealogic shows how prolific ChemChina has been in snapping up businesses across the continent. In the past decade, the state-owned giant has acquired $24.2 billion in European companies—well over 10% of the $201 billion spent by all Chinese and Hong Kong-registered companies during that period. 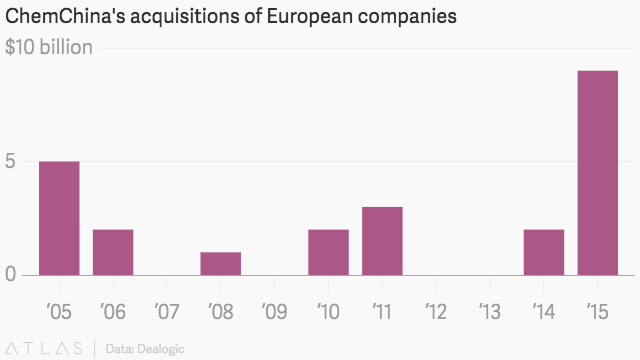 Chinese investors have bought various stakes in a range of major European brands in recent years including Volvo, Ferretti, and Ferragamo. 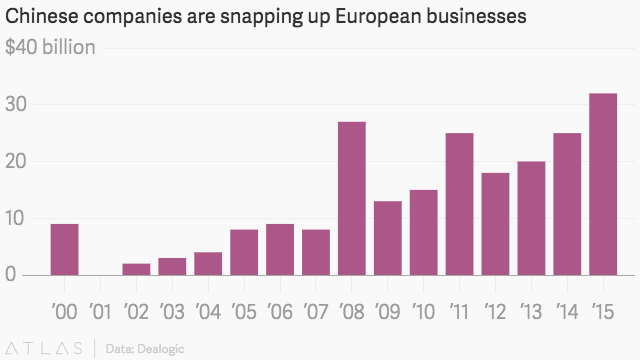 So far this year, Chinese and Hong Kong-registered companies have spent $32 billion acquiring European businesses, outstripping the previous record of $27 billion in 2008 even without the Syngenta deal. Compared to Japan, which has spent roughly the same as China on outbound acquisitions in the past decade, China’s investment in Europe clearly leads the way: 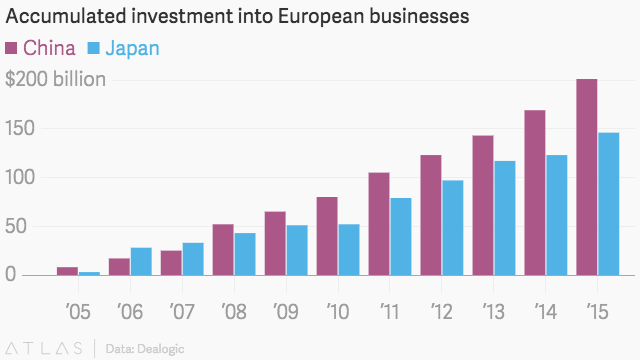