Switzerland has released its latest trade figures, and in October it generated a record 4.2 billion franc ($4.2 billion) surplus. 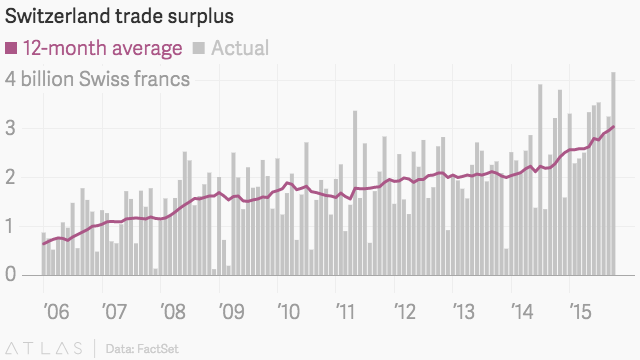 The thing is, the only reason for that is that exports are slowing less quickly than imports: 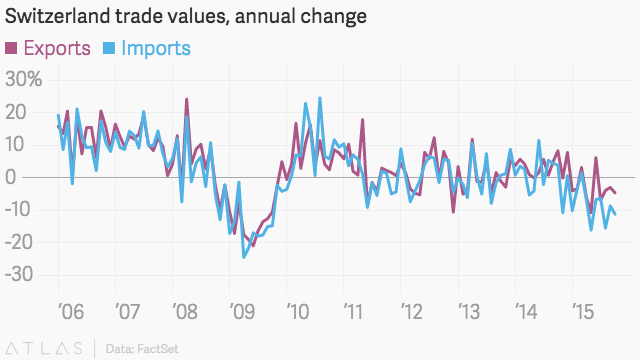 A microcosm of that trend is the Swiss watch trade (pdf). Foreign sales of Swiss timepieces fell by 3% in the first 10 months of this year; sales to Swiss watchmakers’ largest export market, Hong Kong, fell by more than 20% over the period. The city continues to deal with the economic fallout from the Umbrella Movement protests last year, and buyers from mainland China have been less willing to splash out on fancy watches as their economy slows and the government cracks down on giving luxury gifts to curry favor with officials. 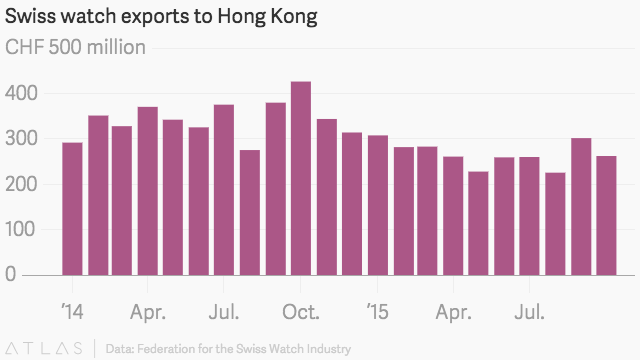 The Swiss economy will grow by less than 1% this year, with exports weighed down both by a strong franc and the general slowdown in world trade (with China a major culprit). Similar factors are also boosting South Korea’s trade surplus, producing seemingly good economic signs that aren’t all they’re cracked up to be.