More than 100 years ago, Albert Einstein set out his theory of general relativity, arguing that space and time are two aspects of a single fabric. Extremely large objects cause space-time to curve, he said, and large, moving objects cause gravitational waves that ripple through the space-time fabric.

These waves have never been detected. Physicists from the European Space Agency (ESA) have set a date by which to measure space-time ripples: 2034. But before then, ESA has to test much of the precise technology necessary to measure gravitational waves.

The ESA has announced that it was ready to do just that. It will launch the LISA Pathfinder, a spacecraft that will test the technology necessary for the longer-term mission, from a spaceport near Kourou, French Guiana, on Dec. 2.

It’s been a huge challenge to even get this far. Work for Pathfinder began in 2000 and the launch was originally planned for 2008. Technical difficulties nearly derailed the project altogether, according to the BBC, but gravitational waves were considered important enough to continue with the mission.

The Pathfinder spacecraft will orbit 1.5 million km from earth and could stay in space for up to one year, according to the ESA. It plans to measure the motion of two masses in near-perfect gravitational free-fall to such accuracy that it should demonstrate that they are travelling along straight lines in curved space—if everything goes according to plan.

“To do these precise measurements is one of the greatest challenges in experimental physics,” Andreas Freise, a professor of experimental physics from Birmingham University who has worked on the Pathfinder technology, told the New Scientist. “Doing it in space is even more challenging. In space, you cannot go back and adjust things. They have to work the first time.” 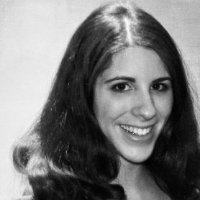