Music may be a precarious business, but music streaming has proven to be a shakier one yet. For streaming services right now, futures are murky, listener competition is startlingly fierce, and a single mistake can quickly spell a company’s demise.

That’s why digital music veteran and subscription streaming service Pandora—which has floundered through the past year thanks to new rivals and an ever-tightening market—is changing its game. In November,  the longtime radio-style company acquired an on-demand music service, in hopes of competing against other, more feature-packed options like Spotify and Apple Music. 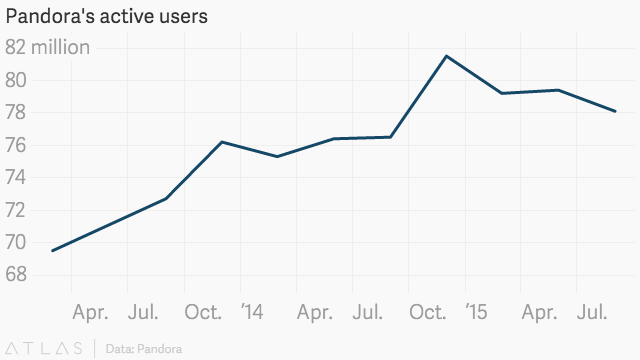 Pandora has also tried to innovate by snatching up a concert ticket service and agreeing to pay significantly higher royalties to artists and record labels.

But are the changes enough? 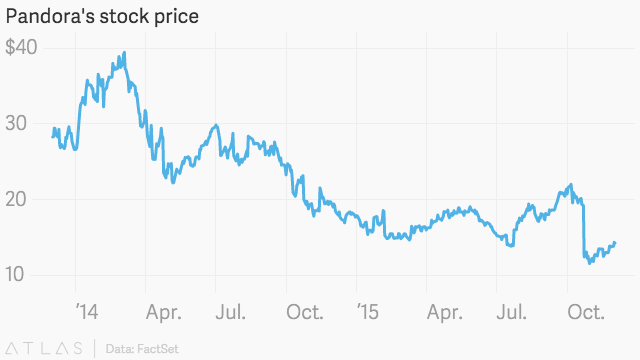 But Pandora, still the biggest US service, will not go down without a fight. On the very same day, the company revealed another prong of its reinvention plan—and an aggressive one, at that. Writing for Business Insider, Pandora CEO Brian McAndrews accused “free all the time” on-demand music services (like Spotify’s non-subscription tier, which lets users listen to songs with advertisements in between) of killing music.

Years ago, if anyone could have walked into a record store, legally taken every record home for free, and listened to the exact songs they wanted for as long as they chose, the music industry model would have completely broken down. But that is exactly the situation the music industry faces today. […]

This gray market is unsustainable. If consumers can legally listen to free on-demand music permanently without converting to paying models, the value of music will continue to spiral downward to the benefit of no one.

Pandora’s new line of attack—framing free music services as money-sucking, music-destroying machines—isn’t likely to resonate very much with listeners, but it could help Pandora earn the approval of big record labels, and that’s important. For as long as music streaming has been around, record labels have pitched fits about the skimpy royalty payments they receive from streams. But last month, Pandora signed a deal with Sony/ATV agreeing to a ”significant increase” in royalties, which may allow Pandora to significantly expand its music library and also pave the way for overseas growth.

By smoothing out its conflicts with the record industry, Pandora could make it easier to build up its music offerings and eventually attract more customers—perhaps even edging out the free-music competition.