Kickstarter has helped thousands of artists, filmmakers, and designers get the resources they need to turn their ideas into a reality. In 2014, people pledged more than half a billion dollars, but it often remained unclear how often projects delivered on their promises.

A recent study surveyed 47,188 backers of Kickstarter projects and found that only 9% ended in failure. Ethan Mollick, a professor at the University of Pennsylvania’s Wharton School, carried out the study. He examined the failure rate of every project from 2009 that raised over $1,000, half the projects that raised less than $1,000, and a quarter of projects raising less than $250.

For the study, Mollick considered a project a failure if a backer didn’t receive their reward, or the reward they received was not the one promised. 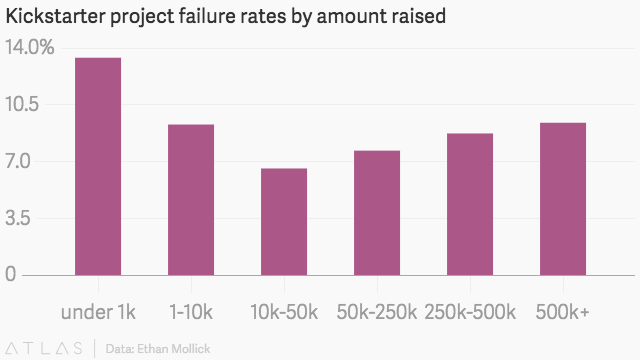 Projects from certain categories were less likely to fail than others; film and video had the highest failure rate. 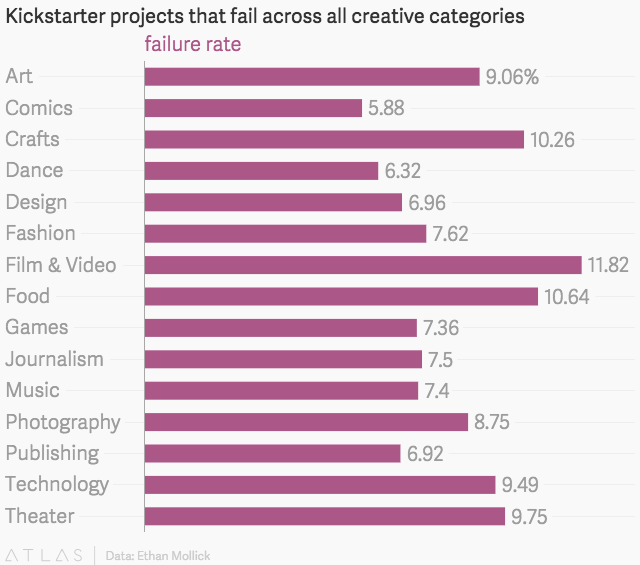 “Ultimately, there does not seem to be a systematic problem associated with failure (or fraud) on Kickstarter, and the vast majority of projects do seem to delivery,” Mollick wrote in the study.

The study found that 73% of backers who donated to a failed project would still back another Kickstarter project, while 19% of donors said they would not back a project after fundraising for a failed project. In 15-20% of cases, backers felt that creators handled failure well—even though only 13% of backers of failed projects received compensation.

Kickstarter responded to the study in blogpost, stating it had “no influence” over the findings. The company described the 9% failure rate as “reasonable.”