For the first time ever, Netflix is the most-nominated TV network in the Golden Globes, dethroning long-time leader HBO.

The shift underscores how much Hollywood is warming up to television’s newcomers. 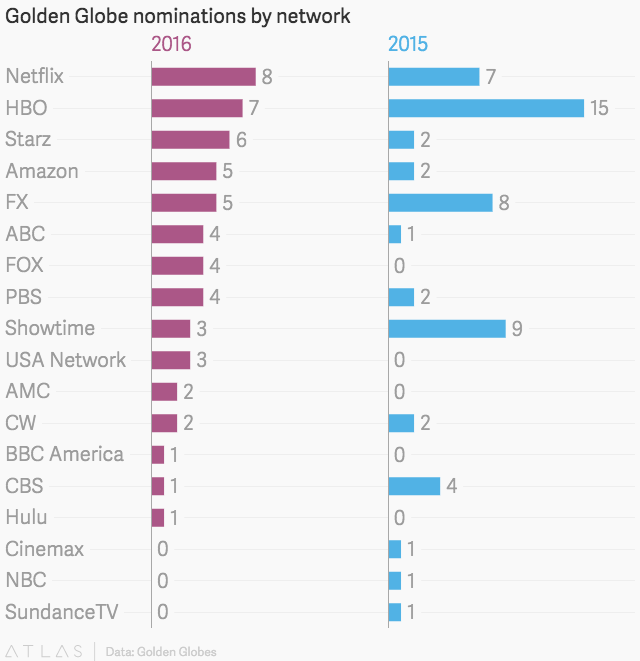 Last year, when the winners were announced, the Hollywood Foreign Press Association largely snubbed HBO and other major networks in favor of shows seen on streaming platforms like Amazon and Netflix.