Many on Wall Street spend large chunks of their lives watching everything the Fed does.

You’re lucky. You’re (probably) not one of them.

To you, an inflation target has something to do with tire maintenance.

ZIRP is sound that corduroy trousers make when you walk fast.

Yellen is what happens when political discussions get heated at family dinners.

Alas, this week your blissfully Fed-free existence will be interrupted, as the US central bank’s governing board stands ready to raise its benchmark interest rate Wednesday (Dec. 16) for the first time since 2006.

If you haven’t been paying attention for the past decade or so, here’s everything you need to know about the what the Fed has been doing that whole time. And also why today’s decision to raise interest rates is such a major milestone.

As a result, the financial system imploded and the economy turned sharply lower. The US fell into the worst recession since the Great Depression: 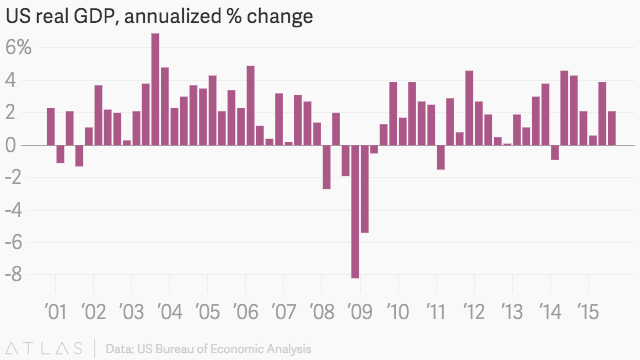 In short, the economy looks like it finally might be able to survive a rate hike. The unemployment rate, for example, has fallen by half from its recessionary peak:

What are the risks?

Things are better, but not amazing. Some of the broadest measures of unemployment—like the “U-6” series, which includes people who work part-time but would prefer more hours—still show signs of weakness: 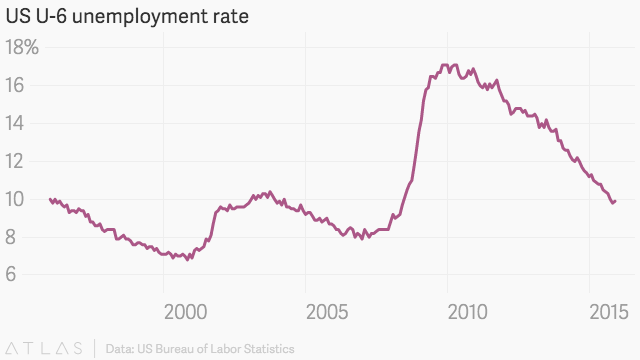 What’s more, wage growth is still stagnant. Raises have been piddling compared with other recent recoveries: 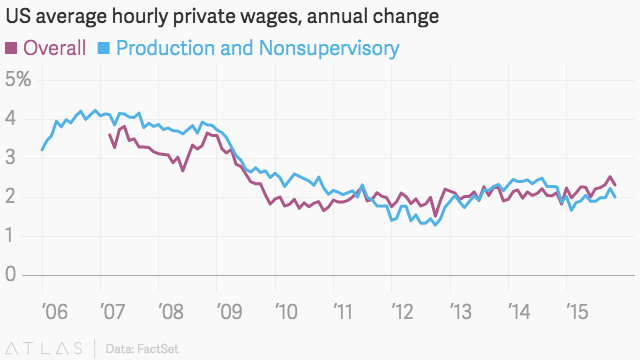 Higher rates will also strengthen the dollar, which has already surged in anticipation of the Fed’s decsion:

A stronger dollar isn’t good for US exports, which have already run into stiff headwinds:

Roughly a third of all US corporate profits, according economist Gabriel Zucman, are made in foreign countries. Translating foreign sales into stronger dollars makes them shrink:

What does this mean for the rest of the world?

The strong dollar has hammered commodity prices, especially oil, which is mostly priced in the US currency. That means as the dollar rises in value the price of usually oil falls:

Emerging-market currencies have been getting hammered by the strong dollar. For countries that have a lot of dollar-denominated debt, this is a nightmare.

Just look at Brazil. The combination of a weak currency, a slowdown in China (Brazil’s largest export market), and lower commodity prices has been devastating: 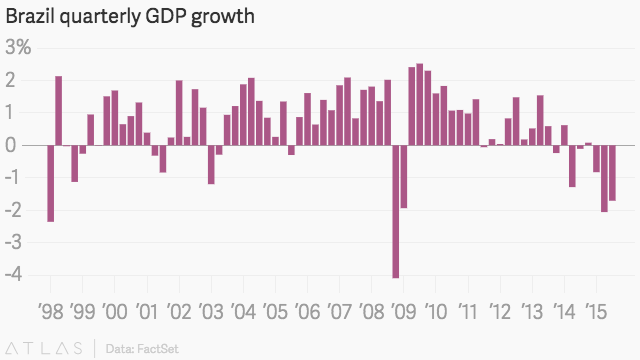 Fearing the worst as the Fed starts to hike rates, investors are rapidly pulling their money out of shaky economies like Brazil and China:

So, all told, why does the Fed’s rate hike matter?

The bottom line: Higher rates are not necessarily a bad thing. The fact that the Fed thinks interest rates should rise underscores the fact that the US economy has made tremendous progress since the depths of the brutal recession in 2008.

But raising interest rates might also be a big mistake. The Fed continues to fall short of its inflation target. There are still lots of Americans who would benefit from an economy that runs hotter than it is at the moment, despite the improvement in recent years.

And there’s a chance that even six years after the global financial crisis, the US economy doesn’t have enough momentum to continue to grow on its own, without the Fed flooring the accelerator.