Desktop web search, the product that made Google a household name and created one of the greatest advertising businesses of all time, is now likely in permanent decline.

Google doesn’t regularly disclose the number of search queries that its users conduct. (It has been “more than 100 billion” per month for a while.) But in the US, desktop web search has been in decline since peaking in 2013, according to comScore. 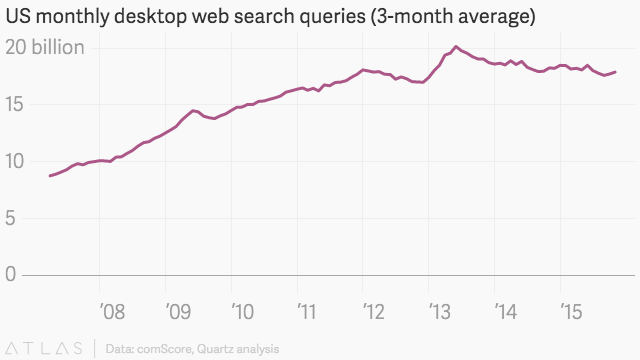 Desktop search queries in the US have declined on a year-over-year basis for 20 of the past 21 months, through October, according to comScore.

Overall, search—and Google—are still growing, now fueled by mobile search and video advertising. Google said in October that more than half of all worldwide search queries are conducted via mobile. (In May, it had disclosed that mobile searches outnumbered desktop queries in 10 countries, including the US.)

And while a nice chunk of Google’s revenue growth is coming from YouTube, its overall “Google Websites” business—mostly search ads, but also YouTube, Google Maps, etc.—grew sales 14%, 13%, and 16% year-over-year during the first three quarters of 2015. The mobile era hasn’t resulted in any sort of collapse of Google’s ad business. 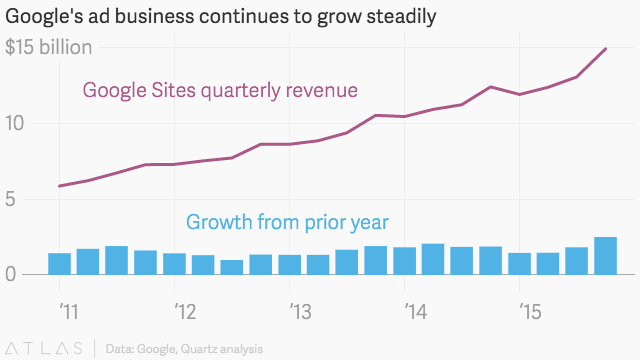