There’s no denying it: It’s been a slow year for tech IPOs.

The number of IPOs fell to a six-year low, with only 169 companies going public in 2015, according to a Dec. 18 report from Renaissance Capital. The technology industry was especially hard hit, with just 23 companies raising a total of $4.2 billion in 2015, down from the 55 firms that raised $32.3 billion a year earlier.

That’s not to say there hasn’t been enthusiasm for tech companies. It just so happens that investors have poured so much money into hot startups—in some cases pushing their valuations to tens of billions of dollars—that private tech companies see little reason to go public. Instead, they’re opting for what’s become known as the “private IPO,” or late-stage mega-funding rounds.

With so few tech IPOs in 2015, the companies that did go public were very much in the spotlight. Here’s a look at how 10 of the most buzzed-about IPOs of 2015 fared in the markets this year. 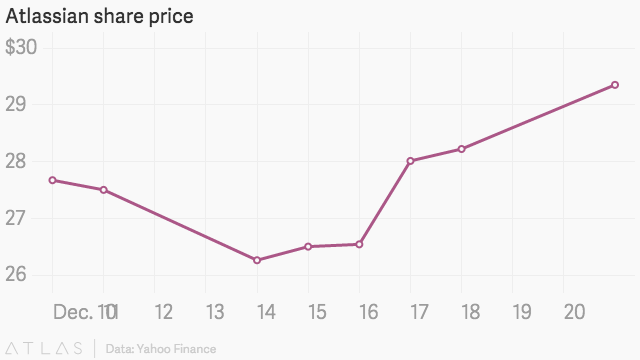 Cloud storage company Box had no choice but to go public, due to the demanding terms set by investors TPG and Coatue in its last funding round. Missing its deadline to go public by July would’ve meant a hefty penalty paid to its investors. It was a brutal wake-up call for so-called “unicorns,” startups valued at $1 billion or more, when Box went public in January at a lower valuation ($1.7 billion market capitalization) than what investors had valued it at in its last private round ($2.4 billion). 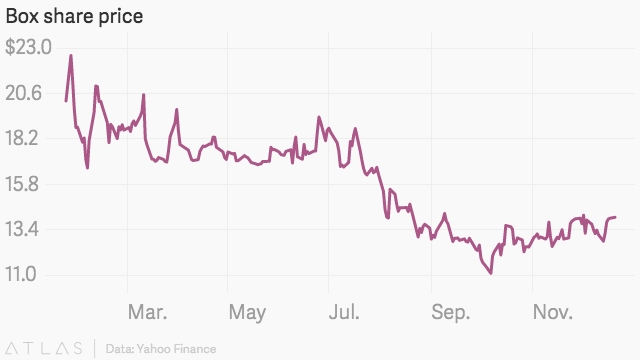 It’s been a big year for Jack Dorsey. In addition to being named CEO of Twitter, he took Square public. The payment-processing company priced its shares at a surprisingly low $9, but the stock jumped 45% from its IPO price in its first day of trading. While investors were eager to get on board, Square was yet another example of a company that failed to live up to its private-market valuation. Its $4.3 billion market cap at its debut fell far short of the $6 billion investors had valued it at a month before its IPO. 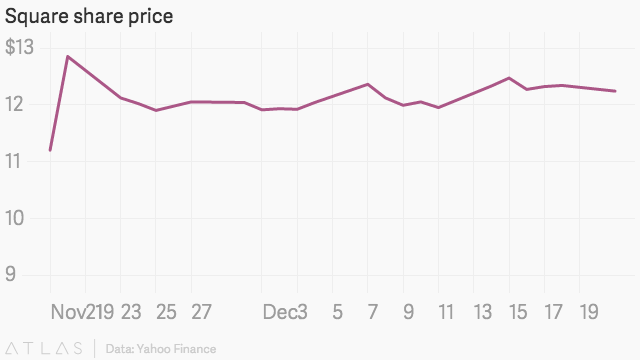 Match Group—parent company of dating services Match.com, Tinder, OK Cupid, and others—went public the same day as Square. And like the payment-processing company, Match priced its shares much lower than expected at $12, though it opened at $13.50. Investors remain puzzled by a fundamental flaw in its business model—namely that if its dating properties succeed in matching people up, customers are less likely to return. So far into its month as a public company, the stock’s been mostly flat. 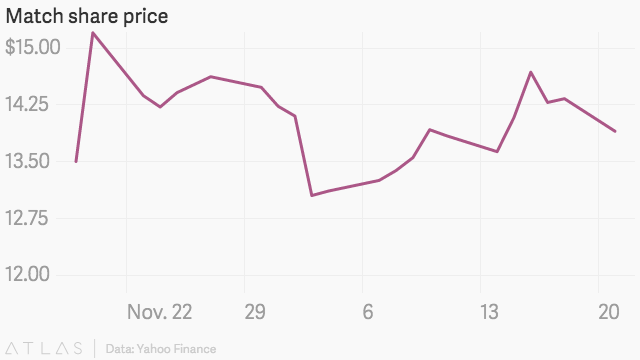 The public markets haven’t treated Etsy, a marketplace for handcrafted goods, very well. Though it experienced a nice pop—opening above $31 when it was priced at $16—Etsy’s stock has spiraled down since, closing at $8.71 on Dec. 21. Investors remain cautious over the company’s slowing sales and growing expenses. 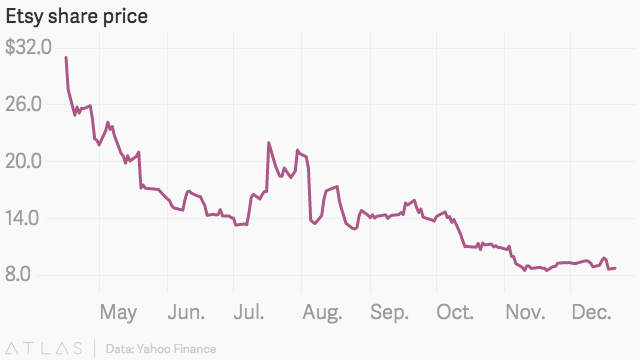 Bucking the trend of many VC-backed tech companies, Fitbit was already profitable before it went public. And while it’s reported two quarters of healthy financial performance, the stock’s been rocky because of a secondary offering, which priced shares at $29. 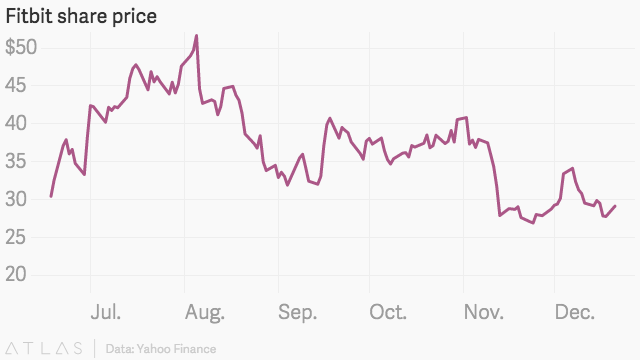 GoDaddy had originally planned to go public in 2006 but ended up withdrawing its IPO due to unfavorable market conditions. On its second try, the domain company—perhaps best known for the salacious commercials it used to run during the Super Bowl—has managed to drum up plenty of enthusiasm from investors. It popped more than 30% to $20 on its debut, and the stock has continued chugging along, up 70% since it’s gone public. 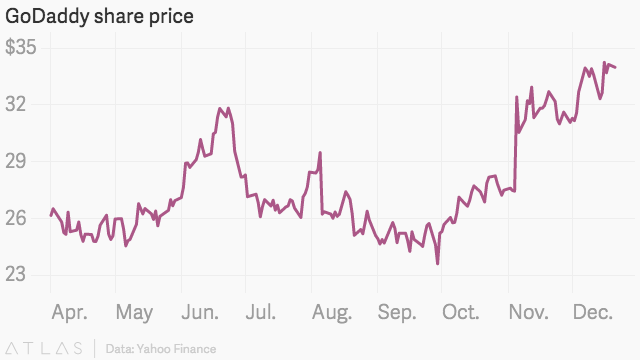 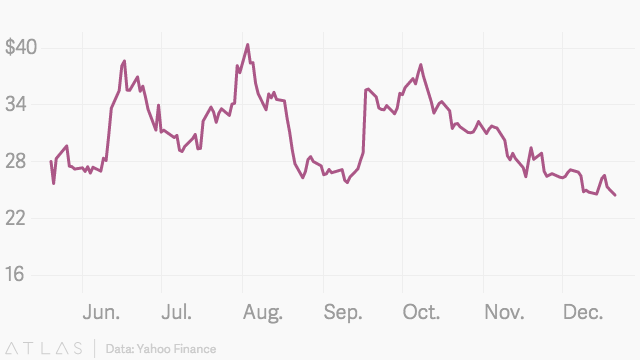 Investors worried that Pure Storage’s disappointing IPO in October was emblematic of a difficult tech IPO environment. Instead of enjoying a nice pop, which has become commonplace for highly anticipated IPOs, the flash storage company actually closed below its $17 IPO price in the first day of trading. The stock’s remained flat, closing on Dec. 21 at the same price ($16.01) it closed at on its public-market debut. 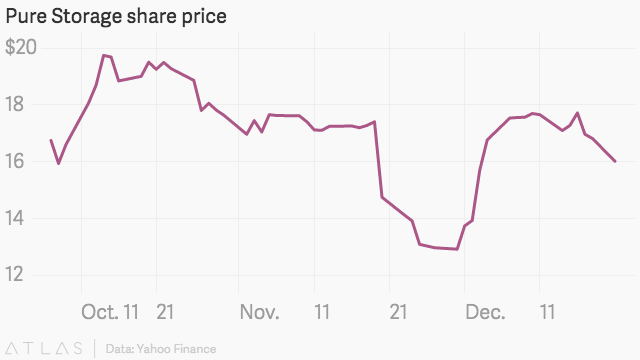 Though investors were closely watching First Data’s IPO, the payment-processing company’s shares ended 1.5% lower than its $16 IPO price on its first day of trading. In addition to slowing sales, First Data is also undergoing a restructuring and will have to refinance $10 billion in debt next year. Further complicating matters, investors will have little control of the company since 73% of voting power is held by private-equity firm KKR. 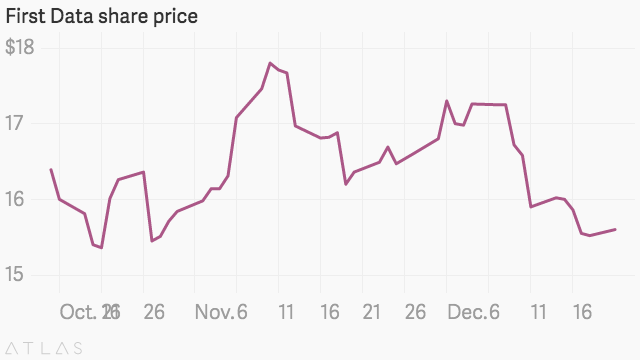