Across the northeastern United States, people are shrugging off the winter jackets they’d just unpacked for winter. Here in New York City, Dec. 24’s high of 72 degrees Fahrenheit (22 Celsius) beat the previous record-holder for warmest Christmas Eve by a whopping 16 degrees. Temperatures on this year’s Christmas Day hit a record high as well, at 66 degrees.

Is there an active volcano nearby? Is the earth spinning too close to the sun? Did I forget to do my recycling? Just how abnormal is all this winter warmth? Here are this week’s maximum temperatures in New York by day, compared to their historical averages: 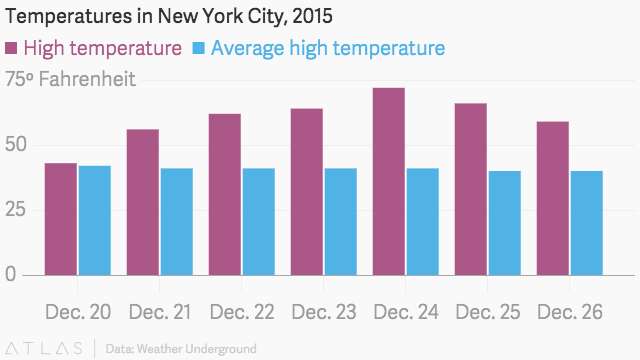 OK, maybe we should call someone—these temperatures are clearly higher than average. What’s the opposite of the fire department, but for apocalyptic weather? I should probably grab some road flares and start rappelling out my office window, but first let’s just check to see if anything like this has ever happened before.

Here’s this week’s weather compared to past record highs: 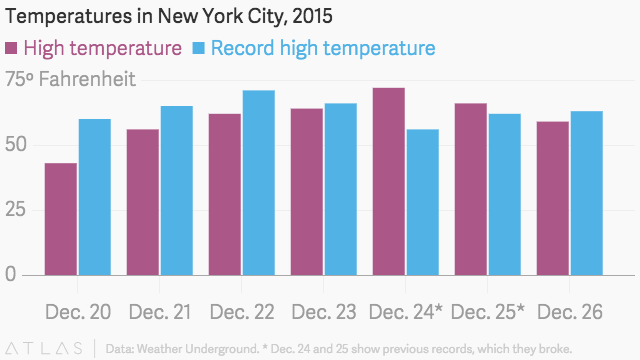 All right, phew, I can probably put this grappling hook down. All of these December days have previously hit high temperatures like we saw this week. In fact, some of those record highs were actually just set over the past few years (see below). And we lived!

Here’s when those previous records were set: