The number of working-age people in China fell by 4.9 million last year, according to data from the National Bureau of Statistics.

The record annual drop brings the number of people aged between 16 and 60 to 911 million, and illustrates a trend in which fewer young workers are entering China’s workforce, while the number of retirees grows. 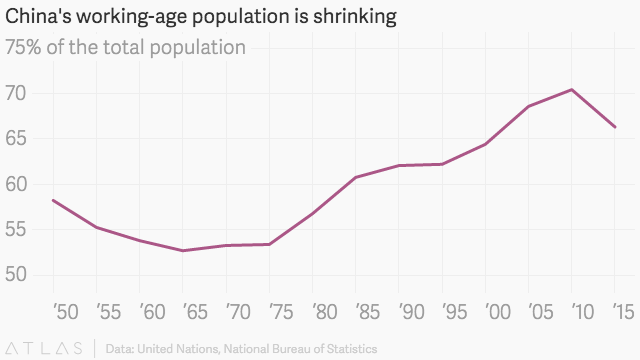 Much of the decrease is from people having fewer children. That’s not a problem unique to China—many other nations are struggling with low birth rates. But the risk to China is that it will end up with an outsized elderly population before it becomes a developed economy. Typically, countries get rich before they get old.

The government in Beijing is aware of the problem. Last year, it announced that couples would be allowed to have two children instead of only one, after nearly 40 years of enforcing a one-child policy that caused much of the drop-off in young workers. But with the cost of living rising fast, not many couples are expected to take advantage of the right to have a second child.

That leaves a growing number of elderly people for each member of society that is in work, which in turn creates some headaches. A large elderly population would put pressure on government spending on health care, for one, and that could lead to higher taxes. 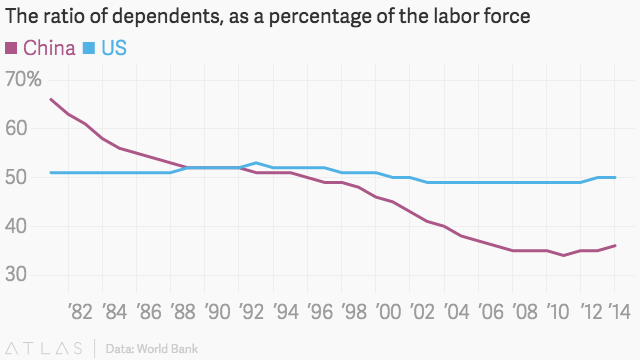 Beijing is fighting to keep economic growth far higher than the US and other advanced economies. Ultimately, a shrinking workforce will only hamper those efforts.