US airline baggage and booking fees—the bane of many travelers’ existences—are finally leveling out after years of explosive growth.

Data from PlaneStats.com, an aviation-data platform run by consulting firm Oliver Wyman, show that US airline fees are rising at a slower pace than they have in the past.

During the second quarter of 2015, revenue from baggage, booking, onboard sales, and other charges, known as ancillary revenue, accounted for 8% of airlines’ total revenue in the US, or $106 million, according to a recent Oliver Wyman report. Ten years ago, they accounted for less than 3%. 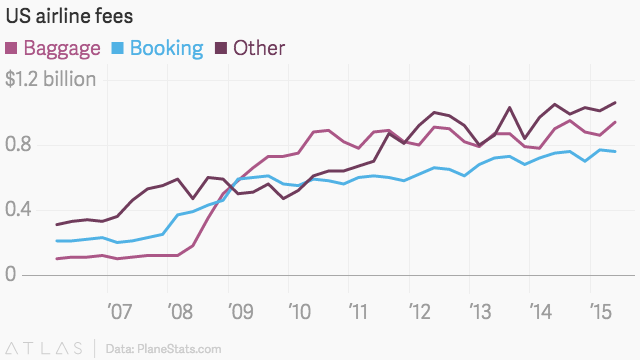 But growth slowed over the last year, especially among network airlines like Delta and United. Fee-based revenue from such carriers grew less than 1% year-over-year during the second quarter, after rising significantly for the last decade, the report said. Most of the industry’s revenue from these fees is now coming from value carriers, like Spirit and Allegiant, which charge higher fees to make up for lower ticket prices.

Fee-based revenue varies widely among US airlines, making up anywhere from 4% to 40% of an airline’s total revenue per flight-segment per passenger, and ranging from roughly $5 to $50. 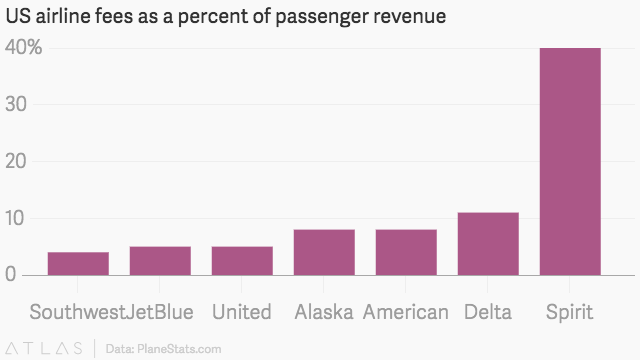 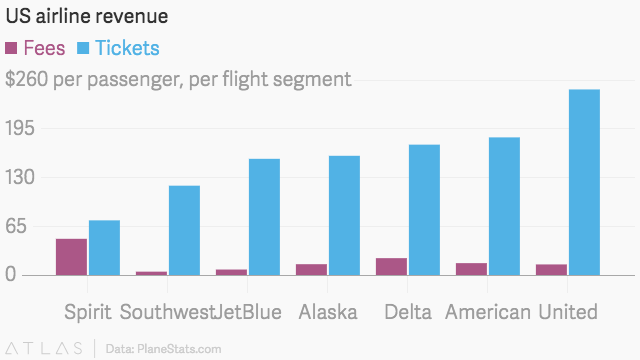 “US network airlines have been at the forefront of the ancillary-revenue generation,” Usman said. “Naturally, at some point, growth slows down and … carriers start reaching the ancillary ceiling.”

He added: “International airlines, other than low-cost carriers, in some parts of the world will have more untapped opportunities as they adapt to some of the more successful models of ancillary-revenue generation.”

Oliver Wyman cautioned that the data in its report did not fully capture the sale of frequent-flyer program miles.