Will you ever be happy? The answer, it seems, is yes. Likely when you’re a bit older.

A recent government survey asked people in the UK to rate out of 10 how satisfied they were with life, as well as how anxious and happy they’d felt. The results showed that people aged 65-79 had the highest levels of life satisfaction and happiness, and the lowest levels of anxiety.

But things appeared less rosy for those aged 45-59, who reported the lowest levels of life satisfaction. 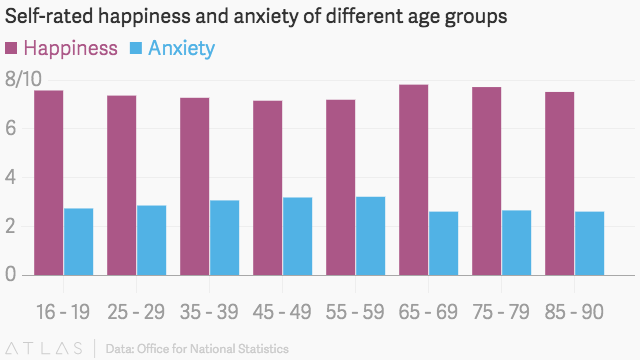 The Office for National Statistics surveyed more than 300,000 adults between 2012 and 2015. Its results add further evidence that the mid-life crisis is real. 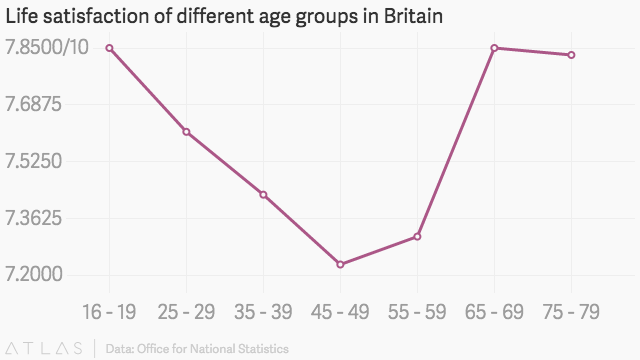 It still remains unclear as to why life satisfaction follows a U-shaped curve. Researchers speculate that the differences may be driven by socio-economic factors. The youngest cohort and those who have retired tend to have less responsibility and more time, and thus are more satisfied with life; those aged between 45-54 may struggle to balance work and family commitments. 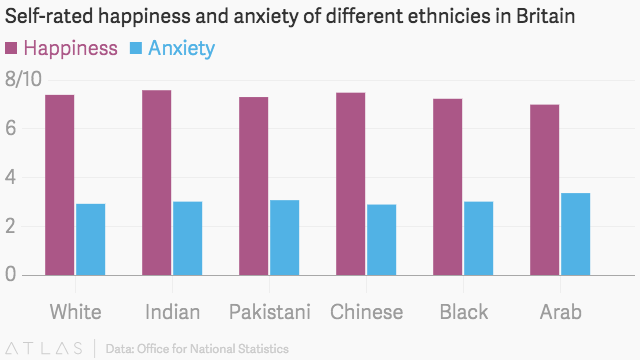