Surprise, surprise! Crude oil is falling again. The week’s big loser: US benchmark West Texas Intermediate, which fell below $27 per barrel for the first time since 2003. 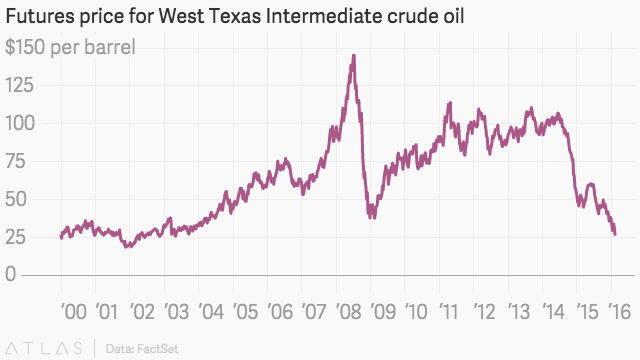 The energy world’s primary alphabet soup—the IEA, the EIA, and OPEC—all cut their forecasts for oil demand growth this year, and they’re all still certain that it’s going to be growing more slowly this year than last.

That’s not good because the US, whose emergent producers sparked a global scramble for market share, is still pumping a lot of it out of the ground. The most recent figure is 9.2 million barrels per day. And though things have been very rough on the oil patch (with OPEC betting that it may have broken US producers), that figure has been above 9 million barrels per day for 66 weeks running. 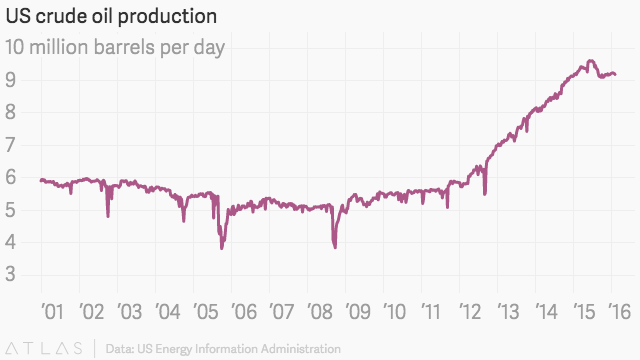 It’s even worse because US crude is running out of places to go. US crude stocks rose above 500 million barrels for the first time ever earlier this month, and they’re still there. (Granted, this is the time of year that refineries shut down for maintenance and whatnot.) 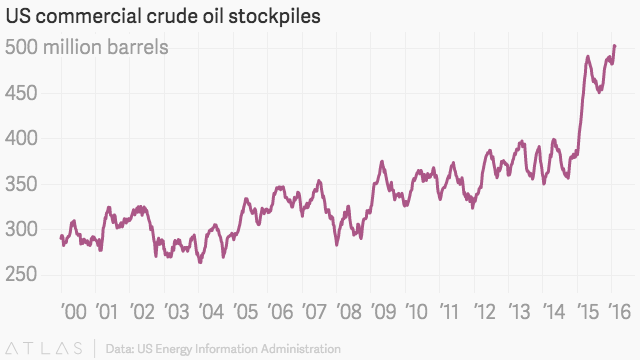 Meanwhile, there’s a lot of discussion over how that production can be cut. Iran’s talking to Saudi Arabia, Saudi Arabia’s talking to Russia, and US producers are talking to their banks. The talks always seem to excite investors but never appear to actually go anywhere.

In the meantime, the crude price slide seems determined to keeping sliding.