Apple launched its mobile wallet over a year ago, but it is still not doing well in Apple’s native US. But its expansion to China, the fifth country to get Apple Pay, could be different. Chinese consumers are used to mobile payments, thanks to Alibaba’s Alipay and Tencent’s Tenpay—the overwhelmingly dominant players of the country’s $90 billion mobile payments industry.

But Apple is going to have a huge advantage. A major partner is UnionPay, an offspring of China’s central government, which holds a monopoly on bank card payments for domestic lenders. 19 Chinese banks—including China’s biggest bank, ICBC—announced in December they plan to support Apple Pay.

Alibaba and Tencent’s rival services have strong connections between their wallet apps with their other popular mobile apps, like shopping and messenger services. But offline, the scene is completely different.

To pay in a shop via Alipay, a smartphone user needs to open a payment app, and scan a square barcode with their phone’s camera. Such QR-code enabled payments have been aggressively promoted by both Alibaba and Tencent. In Alibaba-headquartered Hangzhou city, for example, it’s not uncommon to see a small restaurant that accepts Alipay but not credit cards (link in Chinese).

Apple Pay, meanwhile, is much more convenient. It only requires a user to hover an iPhone over a payment terminal, touching his or her finger to the home screen for identity confirmation. It still uses the same payment system as credit and debit cards, but through a contact-less connection using a “near field communication” (NFC) chip in the payment register and in the iPhone (this only works in the iPhone 6 and above).

How many Chinese consumers, exactly, will be able to sign on to Apple Pay is something of  a mystery though it is likely to be in the tens of millions. The company doesn’t break out total iPhone users in China, or total sales of iPhones there, although analysts estimate Chinese buyers bought three to four million iPhone 6S’s in the first weekend of sales. iPhones were the most-sold smartphone brand in urban China in 2015, with a 27% market share, a quarterly report from Kantar shows, and half of the iPhones in China will be Apple Pay-compatible by Q2 2016, according to research from TechPinions‘ Ben Bajarin (paywall).

UnionPay has many other partners besides Apple. It announced a similar deal with Samsung Pay in December, and is also in talks with domestic smartphone brands including Xiaomi, Huawei, ZTE and Lenovo on mobile payment services, Chinese financial media outlet Caixin reported, citing unidentified sources.

That’s because for companies looking to get into mobile offline payments in China, there is no other option. UnionPay owns all the payment terminals in China, some 20 million, and has 15 million merchant partners there.  All of these will be upgraded to NFC terminals by May of 2017. Even before its deal with Apple Pay, UnionPay’s NFC service called QuickPass was available in 3.6 million terminals, double the number of NFC terminals in the US, according to Berg Institute. 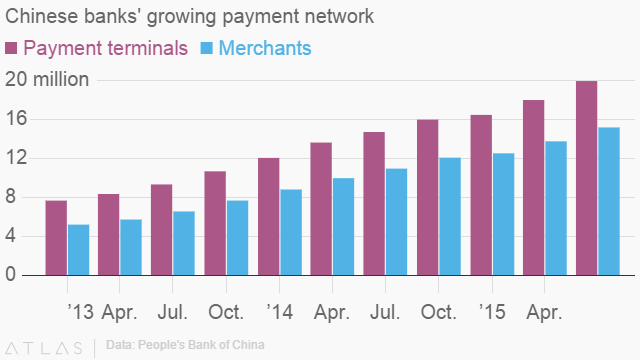 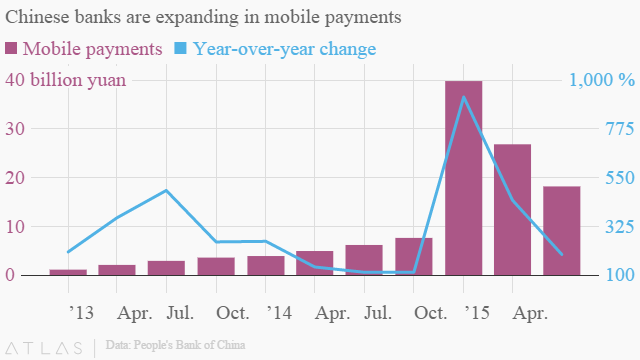 Alipay’s QR-code based system isn’t only slower, QR code has nothing to do with those terminals, and Alipay operates on separate clearance network from Unionpay and Chinese banks.

UnionPay is also considering making ATM machines NFC enabled, Caxin reported. In the US, similarly, Apple is also reportedly in talks with Wells Fargo and Bank of America to make Apple Pay available on their ATMs.

After all, anything a plastic card can do, a smartphone can do. It wouldn’t be too surprising if UnionPay replaces China’s public transport cards in different cities with partnerships with smartphone makers. That’s because state-backed initiatives usually have the edge in China over private companies like Alibaba, if they’re both using the same good technology. 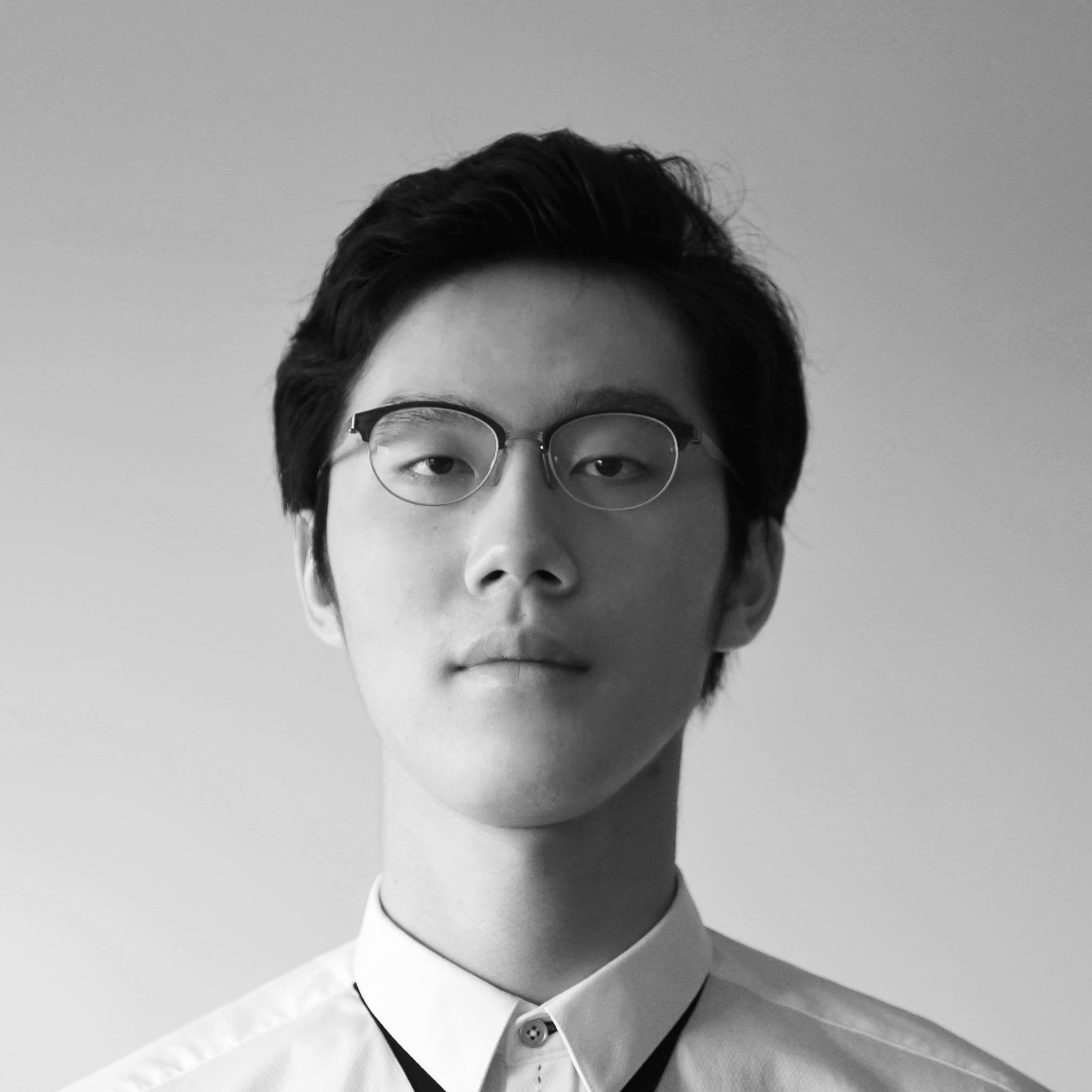