Stealing the oil from a ship is no mean feat.

Oil tankers are enormous, and ships that carry expensive cargo are designed to be difficult to board. Stealing can mean hijacking the original tanker, disabling its tracking devices, taking it to a location where it can’t be spotted, and transferring thousands of heavy barrels to a different vessel that can then be sailed away. Stealing crude also means finding a buyer for it, or else getting involved in the messy and dangerous business of illegal refining.

Over the past six months, the price of oil has plunged due to a global oversupply. And for some pirates, it’s just not worth stealing it any more. 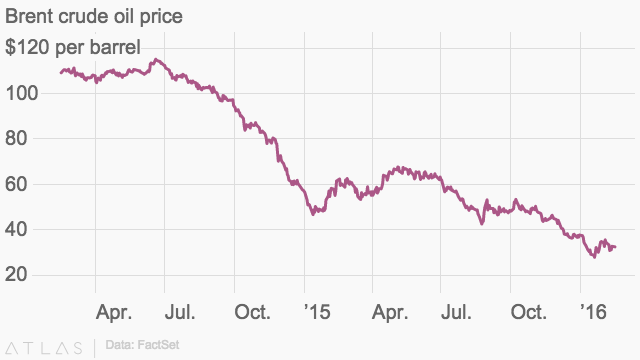 “With oil at a low bottom price of below $30 per barrel, piracy is no longer such a profitable business as it was when prices hit $106 a barrel a few years ago,” said Florentina Adenike Ukonga, the executive secretary of the Gulf of Guinea Commission—a regional body that exists to promote cooperation between West African states, many of which export oil via tanker—in an interview with Bloomberg.

She said that the drop in oil prices, which have fallen by $100 since July last year, was a factor in reducing piracy in the area.

In fact, piracy was falling before the price of oil tanked. In 2013, there were 100 attacks on separate vessels in the Gulf of Guinea (pdf), of which 56 were successful, according to Oceans Beyond Piracy, an American non-governmental organization that tracks maritime crime. By 2014, that had fallen to 67, of which 26 were successful. That fall happened before the price of oil began its downward slide—though OBP estimates that, in any year, 70% of attacks in the region go unreported.

The majority of 2014 attacks were on ships carrying oil or its products, like diesel, even though that’s hard to do.

“It’s likely that the interest in tanker vessels as a main target for piracy stems from the high value of the cargo,” OBP wrote in a report (pdf).” However, the higher level of expertise needed to carry out a successful oil theft limits the success rate of such attacks.”

The Gulf of Guinea is a relatively recent target for sustained pirate attacks. The higher 2013 numbers are the inverse of a fall in piracy elsewhere, particularly in the seas off Somalia. There, hijacking and theft reached a peak in 2011-12, becoming so severe that the industry was forced to massively ramp up its counter measures—including international warship patrols and the employment of armed guards.

As the problem of piracy was being tackled in East Africa, it then moved to the west of the continent—perpetrated by different pirates. OBP noted that both the international community and local actors—like the Nigerian navy—were making efforts to bring down attack numbers, with some success.

OBP’s 2015 figures aren’t out yet, but another company, Dryad Maritime, which compiles data from publicly available sources, says that in 2015, there were 49 “incidents” in the area.