Target’s bet on free holiday shipping paid off as it outpaced Amazon in online sales growth during the fourth quarter with sales growing by 34% compared with Amazon’s 25% growth.

Getting more people to shop online has become crucial for brick-and-mortar retailers as customers increasingly shop online and take deliveries at home for stuff that once required a trip to the store.

“Anything above 3% is pretty darn good,” Kalogeropoulos said.

The fourth quarter results boosted Target’s stock price by as much as 1.9% before noon Wednesday (Feb. 24), welcome news for the company after a year of watching its stock price decline. 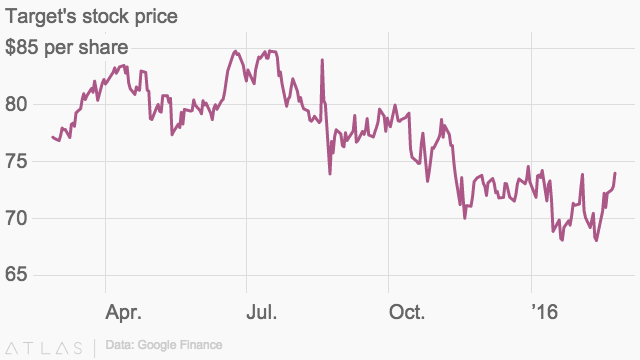 The news wasn’t all good, though. Heavy promotions throughout the season weighed down on profit margins, said Moody’s analyst Charlie O’Shea.

“The company was able to more than make up for this drop with solid control of operating expenses,” O’Shea said. “Going forward, we believe Target’s continuing efforts to strengthen its food business will resonate with consumers, and drive increased traffic through more frequent shopping visits.” 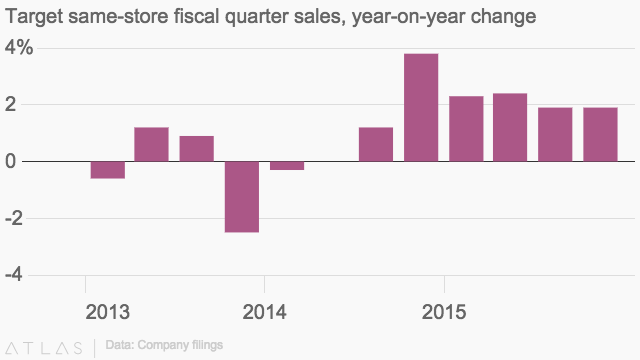 Once customers do walk in the door, Target is hoping to impress them with a forthcoming overhaul of its food and grocery unit, which will increase organic offerings, bring in craft beer and further compete with Walmart. The company already partners with Instacart in Minneapolis for grocery delivery, wrapping its growing food business into its online-offerings.