By partnering with Morrisons as its food wholesaler, Amazon is taking on traditional supermarket chains for online shoppers. Until now, Amazon has stayed away from perishable items. The Morrisons partnership allows the company to sell shoppers fresh and frozen items. 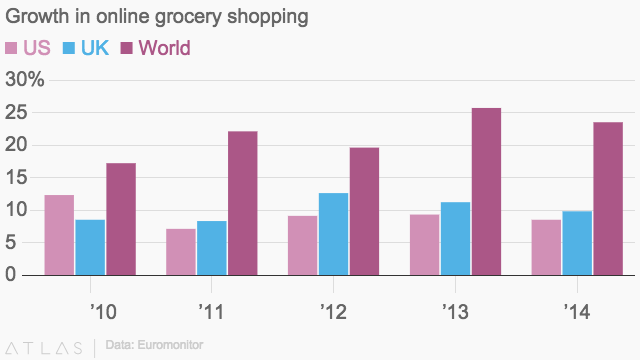 Jeff Bezos’s company sees room for growth in Britain’s online grocery market as more people treat their computers and mobile devices like virtual shopping carts. In April 2015, online grocery shopping in the UK accounted for $12.5 billion (£8.9 billion) or 5% of the overall grocery market, according to the Institute of Grocery Distribution. By 2020, analysts estimate the market will double.

You’re not talking about a bunch of guys in a pillow fight here.

British consumers are ahead of the curve when it comes to shopping for groceries online and having them delivered, in part because of a dense population and because the service is offered by chains including Tesco, Asda, Sainsbury’s and Waitrose.

“You’re not talking about a bunch of guys in a pillow fight here, this has been the equivalent of trench warfare,” said Charlie O’Shea, lead retail analyst at Moody’s. “You’ve got really good operators over there who are doing the best they can to protect their turf.”

British grocery chains recently emerged from a cutthroat price war (paywall) that sliced profits for most. Whether competitors to Amazon and Morrison go on the defensive immediately or wait to see how the partnership fleshes out will determine whether the market descends back into price cutting. 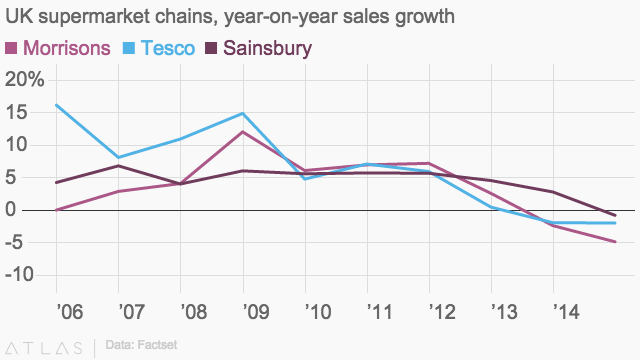 In a survey by IGD, 42% of grocery shoppers said they’d be willing to buy online. That’s one of the reasons traditional British outlets—such as SuperValu, Sainsbury and Tesco—have invested millions in their online operations. Analysts have said that building loyalty will be critical as supermarkets wade further online. Amazon’s chief weapon in Britain is its Prime subscription service, but its initial potency is tough to gauge as the company has revealed little about its membership numbers. The BBC has reported that Amazon likely has millions of Prime subscribers.

The major challenge for the company will be proving to consumers that it can offer them the same level of choice as they might find walking into or ordering from a Tesco or Salisbury.

Amazon may be using Britain as a test case for future online grocery shopping and delivery endeavors, but it likely won’t export a British model wholesale into the US or other parts of Europe, O’Shea said. 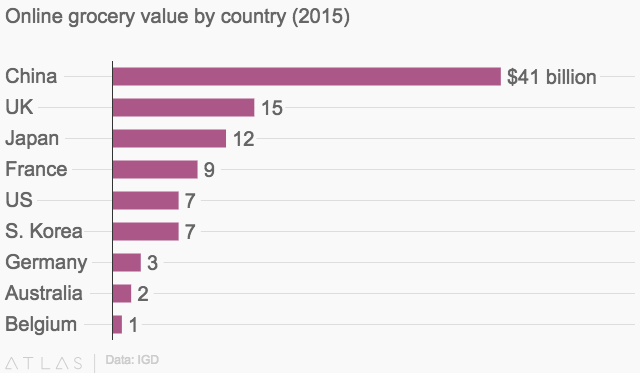 Amazon in 2015 instituted a new Prime Fresh membership in the US, which included the benefits of being a Prime member but with grocery delivery for a yearly cost of $299. When customers balked at the price tag, Amazon retreated, according to Euromonitor. In California, for instance, it gave Prime members access to Prime Fresh delivery for a flat rate of $8 per delivery, evidence the company is still figuring out the intricacies of online grocery shopping in America.