International oil benchmark Brent crude has risen to just below $40 per barrel for the first time since December. 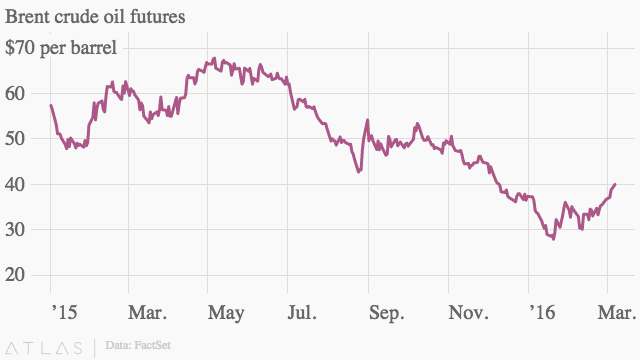 Just last week an official from the International Energy Agency called a bottom to crude prices amid falling US production and increasingly likely cooperation among the major oil exporting countries.

(Of course, it would be remiss to discuss an oil price jump without mentioning  “short-covering” bearish traders caught off-guard as oil markets continue to be volatile.)

While oil at $40 a barrel may seem cheap in the context of the last two years, it’s important to remember that oil markets have been redefined thanks to chaos wrought by US shale. There are whispers in some corners that $50 per barrel might be the new $100 anyway. 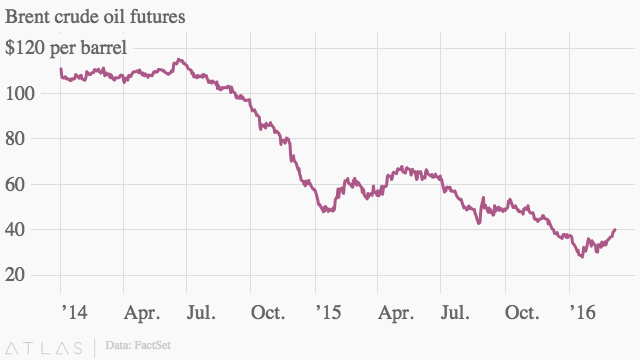