Much of the US’s innovation in technology and research comes from talented foreigners. Yet, despite eager prodding from Silicon Valley, the US government doesn’t make it easy for them to remain in the country. To stay, skilled immigrants must jump through hoops: securing job offers, entering the crowded H-1B visa lottery, often returning to their home countries and appearing at US embassies for background checks—sometimes all within a rigid few months. 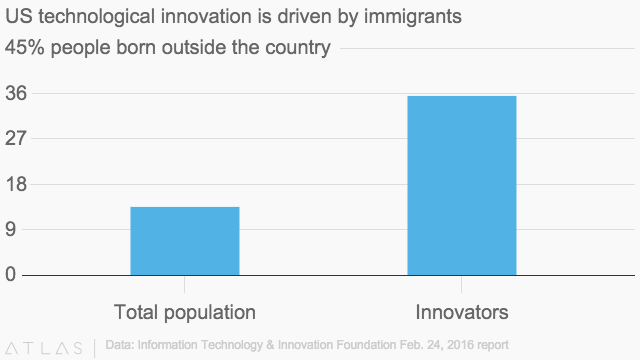 The process will soon get just a little bit better. The White House announced today (March 9) that, starting in May, certain foreign students at US colleges will be able to stay in the country for three full years of on-the-job training after graduation—if they studied a STEM (science, technology, math, engineering) subject.

That means they’ll have seven more months than under previous rules and also an extra chance to enter the annual visa lottery.

Tech companies have long argued for immigration reform to let in more skilled workers. In whch case it makes sense for the government to give STEM-oriented students a special boost in immigration policy. Yet the move isn’t without its dissenters. Others say favoring foreign STEM students takes away opportunities from hard-working Americans—or, on the flip side, that it’s unfair for the US to not also grant exceptions for skilled foreigners in other fields.

The latter view is part of a growing global debate on practical versus liberal arts education. Billionaire venture capitalist Vinod Khosla, for example, recently suggested an education in the humanities doesn’t prepare one for the complexities of the modern economic world.