This story has been updated.

The 2016 fight over soda taxes is in full swing, with proposals already emerging in the California state legislature and in Philadelphia. There’s a lot of symbolic ground up for grabs this year, as the industry prepares to be assailed by at least a dozen tax proposals following the passage of America’s first, in Berkeley, California, in 2014.

The question after Berkeley was an obvious one: Would the win by advocates for taxing the sugary drinks pave the way for soda taxes across the rest of the country? The soft-drink industry balked at the notion, characterizing Berkeley, a bastion of liberal thought and progressive living, as non-representative of the broader US.

But that brand of dismissiveness is beginning to look foolish, as the industry faces a growing chorus around the globe for financial incentives that will help curb soda consumption as a matter of public health.

The Philadelphia measure, which proposes a tax of 3 cents an ounce, would set a particularly devastating precedent for the industry.

“It would destroy the industry argument once and for all that this is only happening in liberal communities,” said Jim O’Hara at the Center for Science in the Public Interest. “Philadelphia is a clearly a microcosm of America. Philly is America.”

The industry is campaigning against the measure by telling Philadelphians it’s a “grocery tax.”

“Soda tax proposals have been defeated 40 times from coast to coast since 2008,” said Lauren Kane, spokeswoman for the American Beverage Association, which represents companies including Coca-Cola and Pepsi. “In Philadelphia, the beverage tax is an old idea that has already been rejected twice since 2010. This track record clearly demonstrates that Americans oppose taxes that single out one item in the grocery cart.”

To be sure, the soda industry has been beating back against soda taxes and warning labels for years, but its incentives for doing so are more acute than ever. Besides not wanting to be lumped into the same category of products as tobacco, soda makers already are grappling with declining consumption. Any added unfavorable public perception would make it all the more difficult to get back on a growth track. 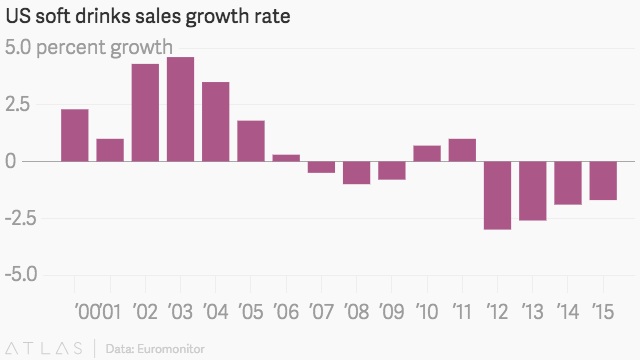 Even sales of diet sodas have been problematic. 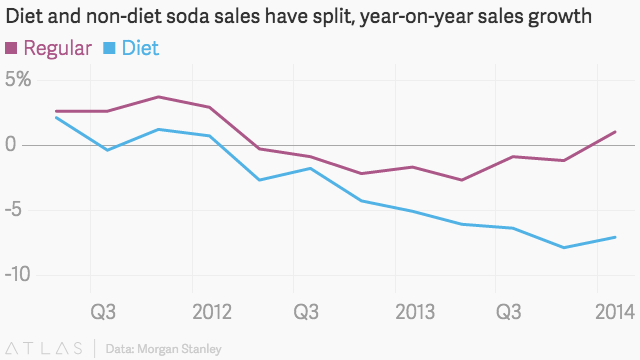 The industry, which has committed to a 20% reduction nationally in the beverage calories consumed per person, has responded to the trends by adding to its ranks more teas, enhanced waters, juices, and smoothies. It has also rolled out a range of calorie counts and portion sizes, including the popular mini-cans, for their signature cola brands. Linda Montag, a food and beverage analyst at Moody’s, says the smaller-sized packaging is a win-win-win: Consumers feel like they can indulge, it addresses health advocates’ concerns about sugar intake, and the industry can effectively charge more per ounce.

“Perception is evolving over time but that doesn’t necessarily make [sodas] go away, that’s also why companies are diversifying,” Montag says.

Still, there’s no dressing up the effects a soda tax would have on the industry.

“The train has already left the station here, and whether its going to be taxes or warning labels or all of the above…that’s how it was with tobacco and that’s how it will be with this line of products,” said Laura Schmidt, a University of California at San Francisco researcher who has done consulting for soda tax advocates in California and in India.

Updated 3/16, 6:15pm eastern time:​ This post has been updated with a comment from the American Beverage Association.