But it would be wrong to view these past few years as mere stagnation, as Paul Vigna does in a recent Wall Street Journal piece, arguing that “hacks and the irreversible nature of transactions stand in the way of broader acceptance.” At the end of the day, Vigna asks, “Is [bitcoin] really a better mousetrap?”

Despite the breathless prophecies of countless pundits, neither death nor revolution have come to pass.

It’s a reasonable question. Bitcoin’s current system may worry more mainstream banking customers used to a certain level of institutional accountability. But it’s near-sighted to focus solely on the present. As we speak, developers are proposing new, more accessible structures that could, in the near future, create a Bitcoin 2.0 that is both palatable to the mainstream while retaining the original’s innovative spirit.

The central thesis of bitcoin is that it is trustless and permissionless; anyone can use the bitcoin network to send and receive money without having to verify their identity or seek the approval of a central authority. The flip side of this virtual coin is that there is no authority to appeal to when something goes wrong.

If you keep your bitcoin in a personal (virtual) wallet, and lose the security codes you need to access it— or if you outsource that wallet to a service like the recently-hacked Bitfinex, and they lose them—then you have no real recourse. Similarly, if you send bitcoin to a vendor and do not receive the promised goods, there is no way to reverse the transaction. That prospect of irreversible loss is not appealing to people accustomed to credit-card charges that can be disputed and reversed. But this state of affairs is essential to bitcoin’s extraordinary ability to move real value anywhere on the internet, in a matter of minutes, without having to trust any third party.

The central thesis of bitcoin is that it is permissionless. The flip side is there is no authority to appeal to when something goes wrong.

Sound like a Catch-22? Not so fast. The other extraordinary thing about bitcoin, and its successor cryptocurrencies such as Ethereum, is that every transaction is not merely a ledger entry. Each transaction is actually a software program, known as a “smart contract,” which must run successfully for the transaction to complete.

Historically, most smart contracts have been pretty dumb. But ongoing expansions to bitcoin’s core protocol have opened up the prospect of whole new categories of payment networks, built atop bitcoin in the same way that modern internet applications are built upon machine-to-machine TCP/IP protocols.

These new Bitcoin 2.0 proposals are designed to be more practical, accessible, and usable than bitcoin itself, while retaining the aspects that make it extraordinary. The two proposals which seem closest to coming into being are sidechains and the Lighting Network.

These new Bitcoin 2.0 proposals are designed to be more practical, accessible, and usable than bitcoin itself.

Sidechains would allow people to seamlessly exchange their bitcoins into different cryptocurrencies. Bitcoin is famously built atop a distributed data structure known as the blockchain. Historically, every cryptocurrency has had its own blockchain. The remarkable thing about sidechains is that they would allow value to move automatically, and seamlessly, between different blockchains, each with its own rules. Think of sidechains as the ability to move your money from a bank with no rules and no insurance to a bank with lots of rules and lots of insurance—and back—whenever you want, at the push of a button.

This would mean that, if you wanted reversible transactions, you could move your bitcoin to a sidechain in which all transactions take a week to process and can be revoked by a trusted central authority during that time. Alternatively, you could move your bitcoins to a blockchain that is faster than the current bitcoin network, which is limited to seven transactions per second and takes up to an hour to confirm transactions. Some relatively minor changes to the core Bitcoin protocol are still required to to support the crypto magic that makes sidechains possible, but we can reasonably expect those to be implemented in the next year or two.

The Lightning Network, meanwhile, is a proposal for a whole new kind of payment network built atop the bitcoin blockchain–one that offers instant payments, micropayments, and massive scalability.

It’s easy to mock cryptocurrency drama. But behind the scenes, a great deal of interesting work has already been done.

Imagine two banks with customers who frequently transfer money to one another. Instead of actually performing thousands of transfers a day, they each exchange instant IOUs as they happen, and then, each night, perform a single transfer to settle the net balance.

Similarly, Lightning would be a decentralized network of bitcoin “payment channels.” These channels are as mathematically secure as bitcoin itself, but only occasionally need to be formally settled on the bitcoin blockchain. If you wanted, you could establish a single payment channel with a trusted bank—with escrow powers, again—and perform all your transactions through it. But you would also still retain the ability to make payments through other channels, or on the “old-fashioned” bitcoin blockchain, in its traditionally trustless and permissionless way. Lightning is already under active development by several different startups.

Given the many colorful headlines regarding exchange hacks, claims and counterclaims regarding the identity of bitcoin’s mysterious creator Satoshi Nakamoto, and the recent rise and (partial) fall of Ethereum, confusion over bitcoin’s future is understandable, even warranted. It’s easy to mock cryptocurrency drama; I do it myself, frequently. But don’t let that blind you. Behind the scenes, a great deal of difficult and interesting work has already been done. The progress of “Bitcoin 2.0” is remarkable, and so is its potential. 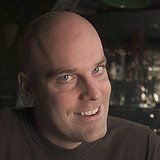