The Trump presidency will no doubt be full of surprises. And it looks like one of the first could be the rollback of a provision meant to improve the quality of the professional financial advice given to American investors.

Starting in April 2017, all US financial advisers must abide by the fiduciary standard, meaning they must act in their clients best interest at all times. You might think this would always be required of the people hired to help other people with their money. But only some advisers are fiduciaries.

Other advisers earn their living based on commissions, and they aren’t required to put their clients first. The commission structure creates an incentive to invest client money in expensive mutual fund, which normally fail to perform much better than a cheaper index fund. The hope is the fiduciary standard will align incentives and lead to better advice.

Though very popular on the left, the fiduciary rule appears to be in the Trump administration’s crosshairs. Before the election, Trump advisor Anthony Scaramucci, managing partner of Skybridge Capital, likened the rule to slavery and called for its repeal. President-elect Trump’s own feelings about the fiduciary rule are less clear. Since the election, financial advisors have been stuck in limbo, unsure of what to expect.

Applying the fiduciary standard to advisors seems like a no-brainer. White House economists estimate the conflict of interest in the professional advising industry costs investors millions each year in unnecessary fees.

We know this from the the 401(k) market, where plan sponsors (often your employer) act as a fiduciary for your 401(k) retirement fund. Despite the standard, most 401(k) participants are invested in the kind of high-fee investment funds that fiduciary-standard-supporters hope to avoid.

In the 401(k) industry, many sponsors don’t want the liability of being a fiduciary. They often hire consultants and advisors hoping to to lessen their liability. This racks up even more fees, which are passed on to participants.

One reason the fiduciary standard doesn’t work is because “best interest” is a vague term. The retirement industry still hasn’t figured out what it means, let alone regulators. It could mean low fees. (Certainly there’s a good case to invest in low-cost passive funds.) But sometimes you pay fees in exchange for risk reduction, as you might with a simple life annuity that protects you from running out of money after retirement.

Similarly, advice dispensed in your best interest could mean you’re invested in assets that perform well compared to an industry benchmark. But it’s hard to make a clean comparison because the optimal portfolio varies depending on your age, income, and risk profile.

Everyone has a different investment objective. Some are out to accumulate as much wealth as possible with their retirement accounts, others want their accounts to produce a stable income after they retire. Each of these objectives requires a different investment strategy. And each strategy will perform better in some markets, and worse in others. The whole point of paying for advice is to get a customized solution, and it is hard to measure that against an industry benchmark.

The retirement industry is still grappling with all of these questions. The fiduciary standard makes it harder to find the answer because the threat of lawsuits discourages innovation. Skirting liability often becomes the main objective, rather than focusing on good advice that serves individual needs. A survey from AON-Hewitt cites the fiduciary concerns as a primary reason why 401(k) sponsors are reluctant to even offer the post-retirement income options new retirees need. If your strategy doesn’t perform well under particular market conditions, it is hard to justify straying from the industry standard.

American investors deserve advisers who act in their best interest. But the fiduciary rule alone won’t make that happen. A simpler, more effective, solution is requiring advisors to charge a flat fee instead of earning commissions. This is what was done in the UK, and it did mean more expensive advice, but at least the advice is un-conflicted. 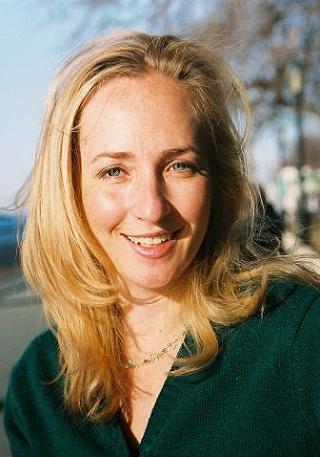