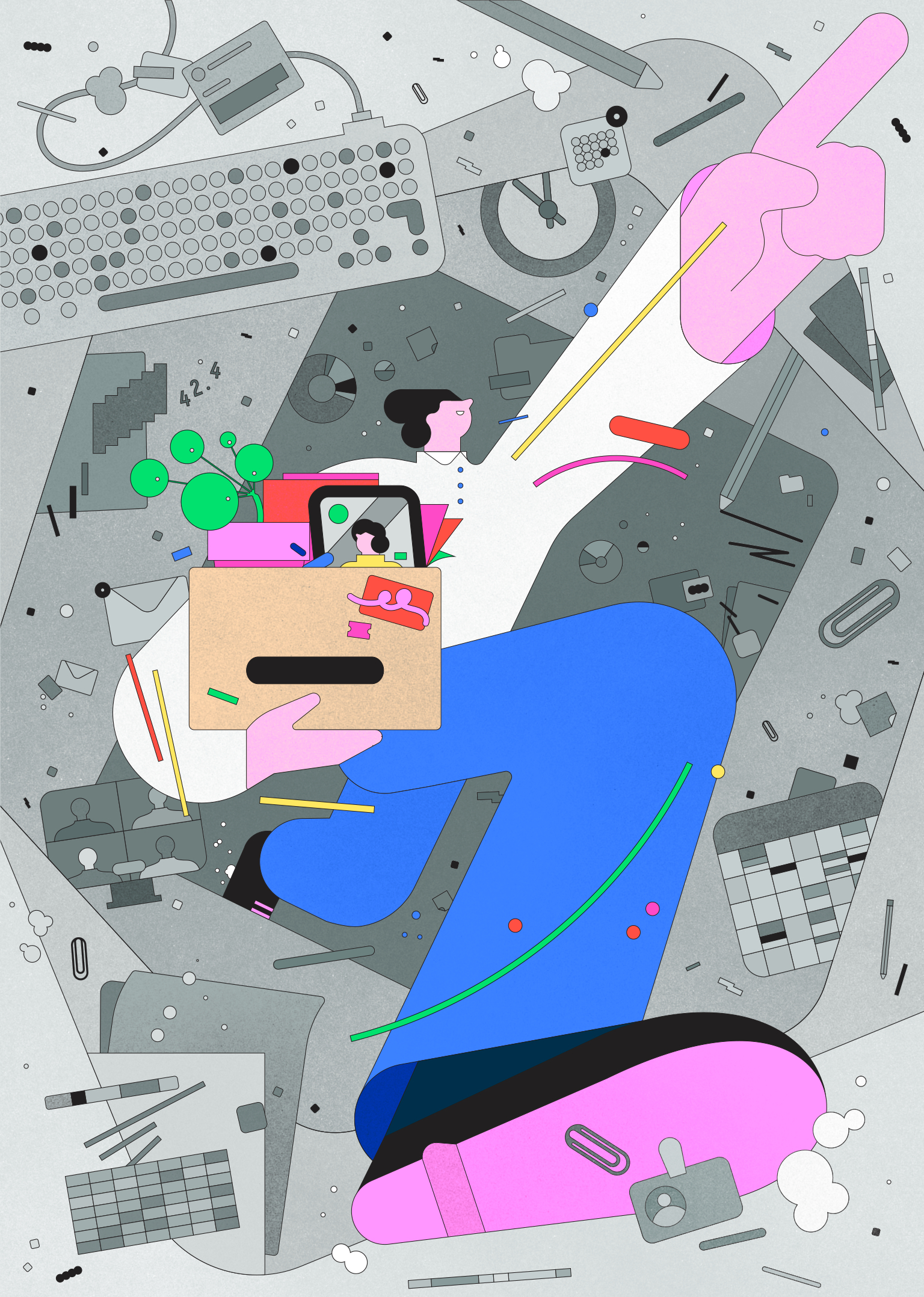 💵  Cash will be obsolete within a decade

🤩  There’s a simple way to keep your staff motivated

🔌  Male CEOs get paid more when they have deep, “manly” voices

In the annals of space technology concepts, few designs combined clarity with hilarity as well as MOOSE, or Man Out of Space Easiest, a scheme cooked up by General Electric in the 1960s for an individual space escape pod. If an astronaut needed to return to Earth in an emergency, they could create a personal reentry vehicle out of foam. It’s as simple as this:

As you might imagine, this plan was never demonstrated in reality, although some of the necessary components were tested on orbit.

Coming to a TV near you

Now that the Food and Drug Administration has approved Pfizer’s Covid-19 vaccine, the drug giant is planning a massive marketing campaign. It may seem counterintuitive—perhaps no drug has gotten more free publicity than Covid vaccines—but Pfizer sees huge potential for booster shots. If boosters become annual events, like flu shots, Pfizer wants to ensure it’s the one selling them.

What will the campaign look like? Pfizer isn’t telling, but there are two basic forms of pharma advertising:

🩺 Help-seeking: These ads aim to expand awareness of a disease or, in this case, of the availability of a vaccine and its value. They focus on expanding the market, and let consumers know that they should be talking to their doctors—but cannot specifically mention a drug by name.

💉 Product claim: This kind of ad promotes the prescription drug with its brand name. A product claim ad can also be comparative, selling a product by highlighting the way in which it is superior to a competitor. Critically, though, it has to list side effects and risks as clearly as its benefits, which could be an issue for Covid vaccines.

Last week, podcast and audio platform Ximalaya became the latest Chinese company to reconsider a US IPO. For years, Chinese companies have found it appealing to go public in the US because of the market size and corresponding liquidity. More recently, Hong Kong has become a listing destination for Chinese tech darlings due to the rising tensions between China and the US. Beijing’s crackdown on tech is giving Chinese companies a further hint that they should consider Hong Kong or mainland exchanges for listings.

Quartz’s latest Forecast email looks at China’s crackdown on its tech unicorns, including the impact on where and how they list.

The World Bank scandal is bad for globalization

Last week, investigators from an external law firm released a report showing World Bank officials pushed the team developing the influential Doing Business index to manipulate it in several cases. Under pressure from senior leaders including then-CEO Kristalina Georgieva, employees altered scores to boost China’s and Saudi Arabia’s rankings because it was deemed politically expedient to do so. They also were told to ignore developments in Azerbaijan that would have helped improve its score.

As a result of the findings, every piece of data produced by the World Bank will now be suspected of playing to one or more favored stakeholders. Here’s why that’s bad for globalization.

Africa’s female startup founders are among the most underfunded and over-mentored groups of entrepreneurs. Yet they’re driving some of the most exciting and important changes on the continent.

This year’s Quartz Africa Innovators list highlights a dynamic group of over two dozen women from 12 countries and 15 sectors whose work dispels the myth that women are primarily focused on social sectors as opposed to areas that drive economies.

From tackling freight logistical challenges in Ghana to addressing low insurance penetration in Kenya, their innovations show the potential that can be unleashed when women with bold ideas and decisive actions take the lead.

Who funds the United Nations?

In 2019, the United Nations’ revenue totaled $56.9 billion. It’s the most recent year for which there is data, and is roughly the same amount as Uruguay’s GDP in 2020. With that kind of money floating around, it pays to understand at least the basics of how the UN is financed. Amanda Shendruk illustrates how the funding works and why the equations used to get there are so controversial.

Junk mail—known by advertisers and postal services as direct mail or marketing mail—has pretty much always been a nuisance for recipients. “No form of advertising makes more people madder than direct mail,” the Saturday Evening Post wrote in 1944. Despite its unsavory reputation, junk mail has thrived, seemingly impervious to the changes brought on by the information age that led to declines in many other types of physical correspondence. The main reason? It makes money for the people who deliver our mail. The Quartz Weekly Obsession is proudly electronic.

You’re our ocean, and on Monday, we’ll be back together, tiger. In the meantime, catch up on our latest.