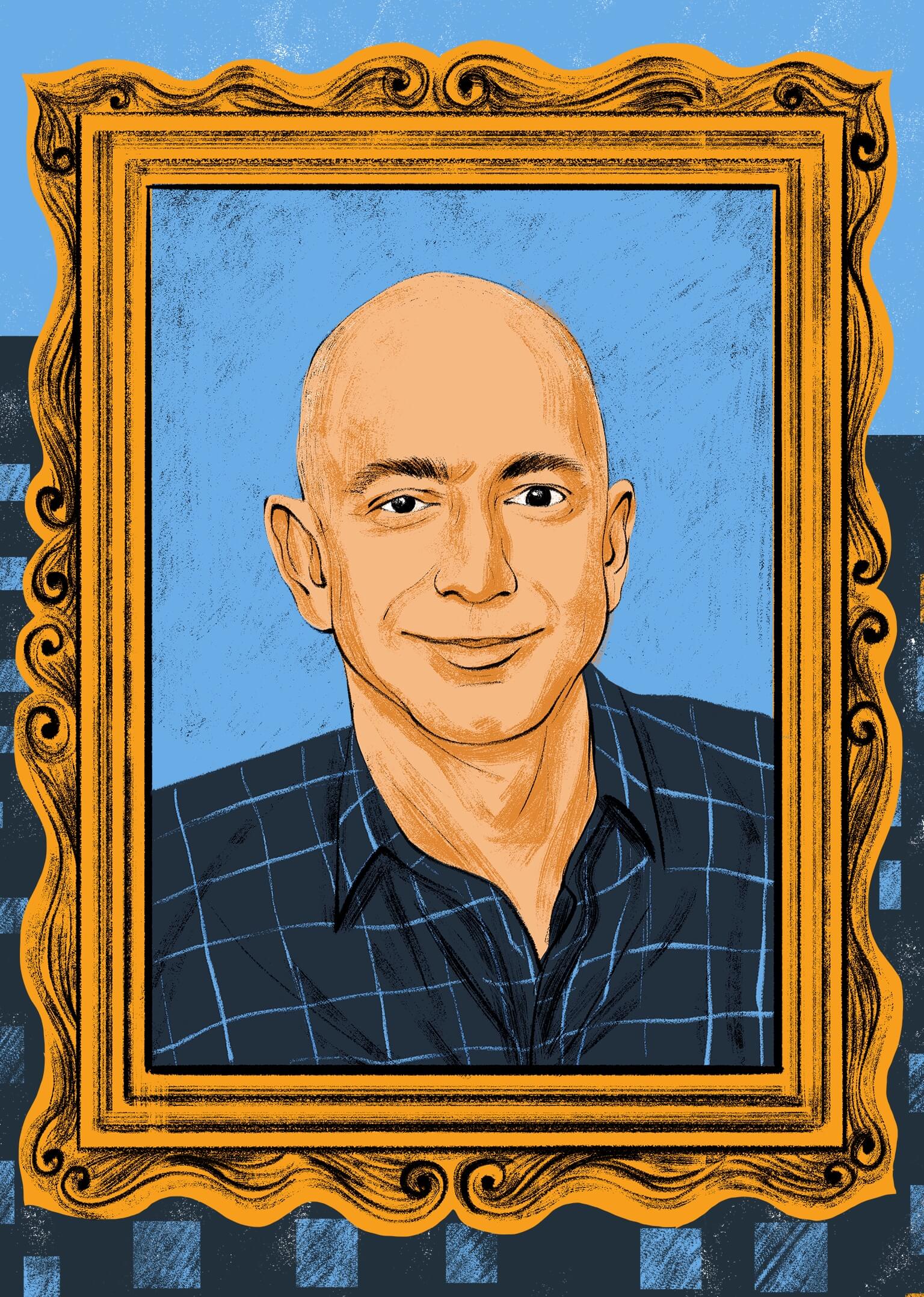 Jeff Bezos’s legacy
As Jeff Bezos steps down as Amazon CEO later this year, we reckon with his complicated legacy.
More guides

China aims for economic growth of over 6%. Beijing returned to its tradition of setting an annual GDP target after not doing so amid the pandemic last year.  Read more about China’a Two Sessions below.

Myanmar’s junta tried to empty its $1 billion New York Fed account. US officials blocked the transaction, which happened days after the Feb. 1 coup, in an apparent attempt to get ahead of looming sanctions. Meanwhile, the US imposed trade sanctions on Myanmar.

Pope Francis heads to Iraq. The multi-day trip is the first papal visit to the country, and is intended to show support for one of the world’s oldest—and dwindling—Christian communities.

Cyprus will soon welcome back vaccinated Brits. Starting from May 1, UK tourists who have received a Covid-19 jab will be able to visit the country without testing or quarantine restrictions. The same applies for visitors from Israel starting April 1.

Switzerland votes on a public facial coverings ban. The country will hold a referendum on the issue on Sunday, in what critics say is a move that unfairly targets Muslims.

Italy blocked a vaccine shipment. 250,000 AstraZeneca doses were held up en route to Australia as procurement concerns continue to grow in Europe.

China’s Two Sessions are in session. The annual meetings of the National People’s Congress, which begins Friday, and the Chinese People’s Political Consultative Conference, which opened Thursday, jointly make up China’s most important yearly political gathering—a.k.a the “two sessions” or liang hui (两会). The roughly 2,200 members of the advisory CPPCC will consider government policy, while the 3,000 or so members of the rubber-stamp NPC will approve budgets and legislation. It’s a carefully scripted political performance, but the sessions are nevertheless closely watched as they offer a precious window into the Communist Party’s obscure governance process. Here’s what we’re tracking:

The 14th five-year plan: The sessions will unveil the road map for China’s economic development up to 2025.

To GDP or not to GDP?: China scrapped its tradition of setting an annual GDP growth target amid the pandemic last year, and might do so again this year. But even when there isn’t a target, there is a target.

Tightening the screws on Hong Kong. The sessions last year passed a controversial national security law that has crushed dissent in the city. There are reports that Beijing could further “reform” Hong Kong’s electoral system this time—and only “patriots” need apply.

With the growth of Norway’s sovereign fund outpacing its own GDP on the strength of oil and gas, the krone could become the first currency with a value determined by fluctuations in the global market rather than its home country’s economy.

This probably won’t make the krone a target du jour for investors, but the currency’s strength could make the progressive Scandinavian nation a power investor in green energy and infrastructure projects.

Markets haiku: Another streaming service for you to seriously consider

Paramount+ here!
Late to the streaming party!
But I brought SpongeBob!

ViacomCBS launched its streaming service, Paramount+, which has deep content pockets that contain shows from MTV, Comedy Central, and Nickelodeon. Shares of the broadcasting company hit an all-time high after the news.

Even though Indian tech workers make up the bulk of visa holders in the H-1B program—which enables companies to hire immigrants and fill up critical positions in the US—it’s not Indian companies that are hiring them. Over the years, companies like Tata Consultancy Services (TCS), Infosys, and Wipro have reduced dependence on H-1B to protect their businesses from any sudden policy changes.

This shift began well before the visa program was greatly disrupted by the Trump administration, and now, even as the Indian IT industry gets over 65% of its revenue from the US, H-1B is not nearly as indispensable for these firms as it once was.

When will we know if vaccinated people can transmit the virus?

Unfortunately, this isn’t something we can establish by recruiting participants into a clinical trial, as scientists did when testing the safety and efficacy of vaccines. “The way we’re going to prove this is through observational trials,” says Panagis Galiatsatos, a pulmonologist and critical care specialist at the Johns Hopkins Bayview Medical Center.

We do have reason to believe that fully vaccinated people mingling together won’t be able to get one another sick, and it’s also reasonable to expect that once enough people in a group have been vaccinated, herd immunity can be achieved—meaning even unvaccinated people won’t pick up the virus. That comes from the virus not having anywhere to live; if too many people around have immunity and can’t host it, it will eventually die out. Estimates project herd immunity will be reached when 60% to 90% of the population is vaccinated.

💉 If you missed Quartz’s live Q&A with Galiatsatos, read the recap for more answers to your vaccine questions.

A Vermont college president moved into student housing. He wanted to help residents who were experiencing isolation during quarantine.

Great apes at the San Diego Zoo got a Covid-19 vaccine. The experimental jab is just for animals.

The US’s largest ESG fund has no direct investments in renewable energy companies. There aren’t any big enough to meet its criteria.

You can check our latest in a traffic jam, no matter where you are in the solar system.