It’s a small geographic move across borders for Kenya’s Safaricom but potentially, it is a giant step that could transform the story of mobile money and financial inclusion in Africa.

The telecom company is reportedly in advanced talks with Ethiopian officials to introduce its popular mobile money service M-Pesa in the country, according to Reuters. The state telecommunications monopoly Ethio Telecom will carry the service, while Safaricom will host the servers back in Nairobi. If this goes ahead, the deal will present Safaricom with a lucrative opportunity to grow revenue and deposits in a market more than twice the size of its home country, with over 100 million Ethiopians. The service’s introduction could also have a notable impact on Ethiopians, who could use it to not only send and receive money but also borrow, save, and pay for services.

Since its launch in 2007, M-Pesa has built a dominant base at home in Kenya and a strong presence across East Africa. Safaricom’s head Bob Collymore has in the past noted M-Pesa needed to be more innovative or risk dying, and looked to Ethiopia as a favorite destination for expansion.

M-Pesa currently has over 152,000 agents and more than 23 million subscribers in Kenya alone and serves over 30 million more subscribers in 10 different countries. Last year, the UK’s Vodafone Group transferred its 35% stake in Safaricom to its South African subsidiary Vodacom, a bid experts said was meant to help M-Pesa more easily spread its reach in Africa. To increase its competitiveness, Safaricom also diversified the use of M-Pesa as a payment platform investing in sectors including insurance, ride-hailing, music, e-commerce, besides launching an all-in-one social network that allows users to chat and send money.

All these are sectors that M-Pesa could help kickstart or disrupt if it arrives in Ethiopia. The money transfer service’s entry will also be taking place at a momentous time. Since coming to power April, the Horn of Africa nation’s new leadership has promised to open up the economy and loosen its monopoly on several economic sectors including aviation and telecoms.

The key issue that will determine M-Pesa’s success in Ethiopia will be if it overcomes challenges with traditional lenders and regulators, says Aly-Khan Satchu, a financial analyst based in Nairobi. The lack of enabling environments has usually stifled the launch of mobile money services in the past, with industry watchdogs sometimes remaining wary of digital transactions and their impact on economies. Gradually, nations are increasingly seeing how a mobile-first approach help banks in the long run. Besides, replicating Kenya’s widespread agent network in Ethiopia and quickly doing so will be a critical issue Ethio Telecom will have to sort out.

But beyond that, Satchu says Ethiopians do “need mobile money. It’s not a question of wanting it. And therefore, I am convinced M-Pesa is going to be extremely successful.” 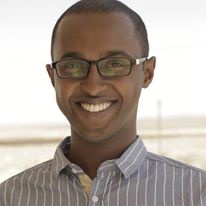