American president Barack Obama’s visit to Kenya in late July has failed to give his father’s homeland a much needed boost in tourism. After the president’s visit to Nairobi, where he also opened the Global Entrepreneurship Summit, foreign arrivals actually fell 24% to 70,878 visitors in August from the same period last year, according to government statistics.

Officials had hoped a smooth presidential visit would lift its tourism sector, a major pillar of the Kenyan economy and one of the country’s largest sources of foreign exchange. Travel and tourism accounted for about 9.8% of Kenya’s GDP (pdf) as of last year. In June, finance minister Henry Rotich said of his visit: “It is going a long way to support the foreign exchange because of the positive sentiments, the inflows that are coming in, the tourists, and the general investor confidence.” 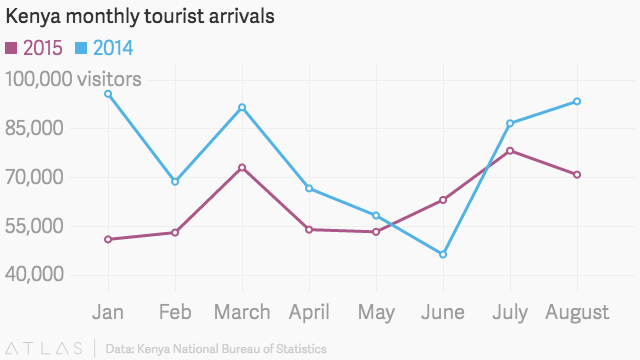 At least so far, Obama’s high-profile visit to the country has failed to allay concerns about visiting the country known for its pristine coastline and many safari parks. Government travel warnings in response to attacks on Kenya from Al Shabaab militants from neighboring Somalia in the past two years have dissuaded tour operators and independent travelers. Some of those warnings have been lifted. Still, in June, Kenyan tourism officials said that visitor arrivals had fallen 25% so far this year. 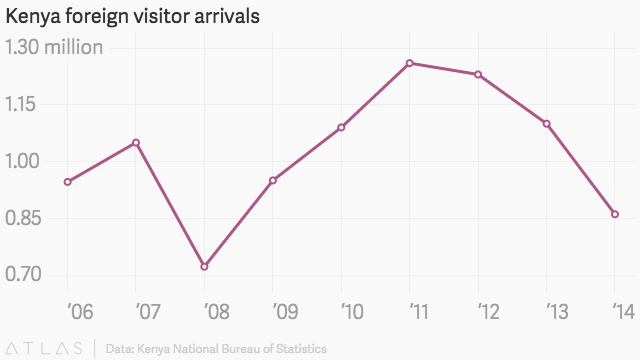 In response, the Kenyan government has launched various campaigns to bring back visitors from hiring a London-based public relations company to reform the country’s image and promoting eco-tourism to recruiting travelers in West Africa and China.